May 17, 2018 Politics Comments Off on Educationist tells Ghanaian politicians to “walk the talk” 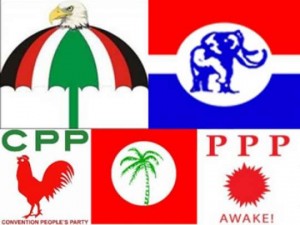 Reverend Samuel Mensah Setor, Headmaster, A.M.E Zion Vocational-Technical Institute (AMEZVOTECH) at Klikor-Satsimadza in the Ketu South Municipality has chastised politicians for taking electorates for granted and making themselves not worthy of trust.

“I advise politicians to stop talking without walking the talk so as to stop frustrating and discouraging people who trust them”, he said.

Rev. Setor’s comments were prompted by the failure of government officials to honour invitation to the school’s speech and prize-giving day.

The event, which coincided with the Institute’s second Skills Development Festival (SkiDef) was on the theme: “Vocational-Technical Education – a vital factor for national socio-economic transformation.”

“We invited and well communicated with these people, but they are not here with us for their own reasons, not even were they represented or did they alert us. This is frustrating and discouraging”, he stated.

Rev. Setor said it was unfortunate that the officials touted technical-vocational education as the way forward in industrialisation and job creation but, “it is clear they do not mean their words”.

“It seems the officials like funerals than issues of education. They are not here but I know they are honouring funeral invitations all over”, he said.

Rev. Setor appealed to government to consider AMEZVOTECH for GETFUND projects to expand facilities in the school so it could admit more students for technical and vocational training.

He said the school, which started with six students in 1997 now has over 200 students pursuing courses in Secretarial, Cookery, Mathematics, English Language, Dressmaking and Tailoring, Carpentry and Joinery and General Electricals.

He said 19 students out of 49 candidates for May-June 2017 also had distinctions with three referrals.

Ms Gifty Dordoe, the School Prefect, decried lack of textbooks, tools and classrooms and called for support specifically for a new assembly hall to replace a makeshift raffia structure being used as the school’s entertainment, assembly and worship hall.