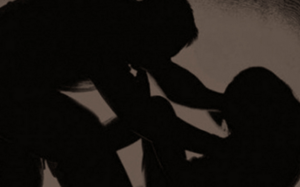 “We are not too happy with the increasing number of rape cases and defilement. It seems these offences are gaining momentum.”

He was speaking to journalists at Ankaful, where the Justice for All (JFA) programme was sitting to adjudicate remand prisoner cases.

Justice Honyenugah noted that at the JFA’s last year sitting, narcotic cases dominated but this time around rape and defilement took centre stage.

He said they would be happier if there were no remand cases in the prisons.

“Well, we can only bring the numbers down. It is natural that people will commit offences daily.”
At the Ankaful Maximum Prison Annex three persons were discharged, one convicted, and six others, granted bail.

Five had their bail application refused, while the case involving one of the remand prisoners was struck out and another referred for psychiatric treatment.

In all, 17 cases were heard at Ankaful. The JFA also sat on 12 cases in the Winneba Prisons.

Justice Honyenugah said the exercise had generally been smooth and commended POS Foundation, a human rights NGO, for taking up the cases of the remand prisoners and providing financial support to them.