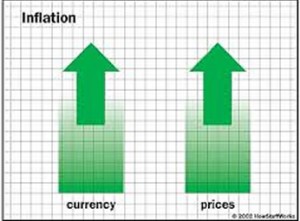 The Producer Price Inflation rate for all industry decreased to 3.7 per cent in March 2018 down from the 5.5 per cent recorded in February 2018.

The rate represents a 1.8 percentage point decrease in producer inflation relative to the rate recorded in February 2018.

“The month-on-month change in the producer price index between February 2018 and March 2018 was -0.3 per cent,” Mr Anthony Amuzu, the Deputy Government Statistician, announced on Wednesday at a press conference in Accra.

Mr Amuzu said the fall in the rate was mainly due to the decrease in all the three major sub-sectors of industry, that is mining and quarrying, manufacturing and utilities.

He explained that the mining and quarrying sub-sector decreased by 3.4 percentage points over February 2018 rate of 9.2 per cent to record 5.8 per cent in March 2018 due to marginal decrease in the price of gold.

The Deputy Government Statistician said the manufacturing sector, which constituted more than two-thirds of total industry decreased by 1.8 percentage points, to record 4.2 per cent due to decline in the price of petroleum.

However, he said the utilities sub-sector recorded inflation of -0.6 per cent in March 2018, indicating a decrease of 0.6 percentage points relative to the rate recorded in February 2018 due to marginal fall in generation of utility.

Explaining the trends, Mr Amuzu observed that in March 2017, the Producer Price Inflation rate for all industry was 6.0 per cent, adding that this declined consistently to record 2.0 per cent in July 2017.

Subsequently it increased consistently to record 8.3 per cent in October 2017 but declined to 7.1 per cent in November 2017.