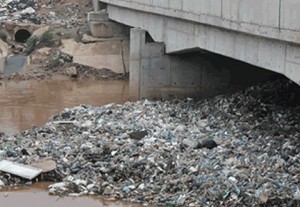 The Kumasi Diocesan Synod of the Methodist Church Ghana (MCG), has described as shameful the deteriorating sanitary conditions in the country.

“We must bow down our heads in humiliation for being ranked one of the dirtiest countries globally. It is a development we all should not be proud of”, the Right Reverend Christopher Nyarko Andam, the Diocesan Bishop, lamented.

Ghana ranks lowest in sanitation levels among all lower middle-income countries, although richer than a lot, according to the latest report by the United Nations International Children’s Fund (UNICEF).

The nation is said to lose about 290 million and 79 million US dollars annually to poor sanitation and open defecation, respectively, and it is estimated that it could take ample time for her to become open defecation-free.

Rt. Rev. Andam, addressing the 57th synod of the Church at Ayigya in the Asokore-Mampong Municipality, said religious leaders ought to take up the mantle in educating the citizenry to adhere to good sanitary practices in order to ward off communicable diseases borne out of filth.

The synod, the highest decision-making body of the Diocese, discussed issues pertaining to the growth of the church and society in general.

Rt. Rev. Andam touched on illegal small-scale mining, saying, so far, the campaign against the menace was yielding fruitful results.

“Synod is appreciative of the efforts by stakeholders, particularly the media to bring an end to the destruction of our water bodies, forest resources and other bio-diversity”, he stated.

The Diocesan Bishop advised leadership of the nation to strive to prioritise the nation’s development at the expense of their own personal gains.

This was critical for the effective utilisation of state resources to benefit the masses.