Home / Africa/International / African countries issue $14.4b in corporate and sovereign bonds in 2017

African countries issue $14.4b in corporate and sovereign bonds in 2017

April 20, 2018 Africa/International, Lead Story Comments Off on African countries issue $14.4b in corporate and sovereign bonds in 2017 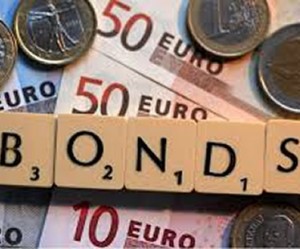 While economic activity continues to strengthen in sub-Saharan Africa, supported by favourable external and domestic conditions, the region’s corporate and sovereign bond issuance has more than doubled to $14.4 billion in 2017 according to the latest World Bank economic report on Africa, Africa Pulse.

The countries returning to the international capital markets include Côte d’Ivoire, Nigeria, and Senegal.

The report points out that output growth in the region rebounded from 1.5 per cent in 2016, the lowest pace in more than two decades, to an estimated 2.6 per cent in 2017, broadly in line with expectations.

According to the Bank, growth performance will be uneven across countries.

“While Nigeria, South Africa, and Angola are expected to see a gradual pick-up in growth, economic expansion will continue at a solid pace in the West African Economic and Monetary Union (WAEMU), and strengthen in most of East Africa. Despite the upturn in economic activity in the region, important vulnerabilities remain: growth in the non-resource-industrial sectors in oil and metals exporters has yet to pick up, underscoring the slow structural transformation in the region; employment opportunities are lagging; public debt relative to gross domestic product (GDP) is rising; and poverty is widespread,” it added.

It indicates further that as countries look to rebuild policy space through fiscal consolidation, the scope to undertake countercyclical fiscal policies will remain limited, adding that this places a renewed emphasis on policy actions to boost domestic revenue mobilization and improve the efficiency of public expenditure.

“Faster progress on poverty reduction in the region will require further acceleration in per capita income growth, supported by structural reforms that increase productivity and facilitate export diversification. Improving the quantity and quality of public infrastructure, especially electricity infrastructure—the special topic of this report will be critical to achieving development goals,” the Bank stated.

Acknowledging that a mix of foreign direct investment (FDI), bond, and other portfolio flows helped finance the current account deficits in the region, it said FDI flows rose in 2017, after three consecutive years of contraction. Nonetheless, with commodity prices below their historical highs, FDI flows are expected to remain moderate, although non-oil FDI flows in infrastructure and business services are rising in some countries (for example, Ethiopia). In Nigeria, FDI contributed just 3 per cent to total inflows in the third quarter of 2017 (National Bureau of Statistics 2018), it said.

According to the report, however, by contrast, portfolio flows rose sharply in the region in 2017.

“Attracted by yields significantly above the average global yields, nonresident portfolio inflows increased substantially in South Africa and Nigeria, as well as in other frontier market economies, such as Ghana and Kenya. Eurobond issuances increased sharply, as investor sentiment toward EMDEs improved,” it said.