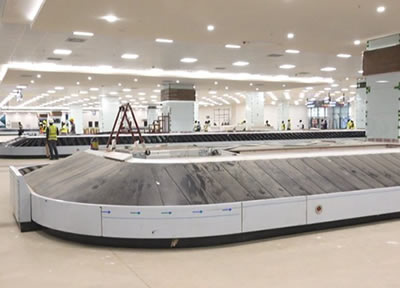 India and Iran, have both expressed their eagerness to deepen economic ties with Ghana, especially in the aviation sector, which they say, holds enormous potential for the sub-region.

This comes amid preparations to inaugurate the Terminal Three Project of the Kotoka International Airport (KIA).

The pair met to discuss with the Minister ways to build on existing bilateral agreements relating to the sector and investment opportunities.

Authorities of the Ghana Airports Company Limited, estimate to process in excess of five million passengers, annually, from the current 2.5 million when the Terminal Three Project is completed.

Mr Singh hailed the project as “very laudable investment” which was going to boost the industry and he drew parallel with Delhi International Airport Terminal Three Project, built in year 2010.

There could be no doubt that it would give added push to an already vibrant sector.

India has the third largest domestic air traffic in the world with total air traffic for last year, coming to 270 million, and Delhi Airport contributing 60 million, making it the seventh busiest airport in Asia and the twentieth in the world.

Mr. Singh underlined his determination to work hard to bring in more Indian investors since the investment climate was good.

The expectation was that India and other countries could soon fly direct to Ghana.

Travelling by air remained the safest, fastest and economically viable transportation system and that was why the government was constructing additional terminals at Kumasi and Tamale Airports.

That of Ho would soon be inaugurated and the rest of the regional capitals were going to get their own commercial airports through partnership arrangements.

Ms. Dapaah announced that a number of airlines Air Namibia, and Qatar Airline were all ready to commence operation from KIA, while Air France had indicated plans to increase its flights from thrice a week to seven and to make Accra the hub of its operations in the sub-region.

Ghana was also discussing with countries like Sao Tome, to scrap the visa on arrival system.

Mr Maleki, on his part, said his visit was to discuss further strengthening of the existing bilateral relations between the two countries.

It was also to follow up on recent meetings with Ghanaian officials, where a Memorandum of Understanding was signed in the area of aviation.

They were exploring how private Iranian investors could put their money in Ghana’s aviation sector, especially in the area of technology.