GJA and Koans sign MoU to build houses for journalists

April 10, 2018 General News Comments Off on GJA and Koans sign MoU to build houses for journalists 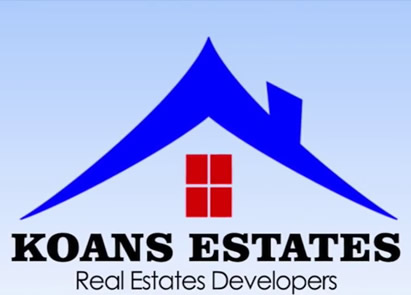 The Ghana Journalists Association (GJA) on Monday signed a Memorandum of Understanding (MoU) with Koans Estate, a real Estate Company, to kick-start the Media Village Project (MVP), a housing scheme for members of the Association.

The GJA has explained that the MVP, is a welfare and legacy housing project for journalists, and seek to encourage and nurture journalists to own their own houses as middle income earners.

The first unit of 100 houses that was expected to be built within one year period after a sod-cutting is done in a few days’ time and would go for GH¢60,000.00 for a two-room outhouse and GH¢80,000.00 for a three-room out house on a 70 by 100 feet land size located at Panpanso Hill near Nsawam in the Eastern Region.

The GJA said arrangement had been made for interested buyers to pay 50 per cent of the cost of the unit at the onset while the remaining 50 per cent shall be paid by instalments until full payment was completed one year from the date the first payment was done.

Journalists interested in the MVP could pick a registration and documentation form at GH¢1, 000.00, from the Press Centre, which would be used for providing indentures and other incidentals and general cost of managing the project.

At the signing ceremony at the International Press Centre in Accra, Mr Roland Afail Monney, President of the GJA and Ms Doris Yaa Dartey, Chairperson of the Media Village Committee, signed on behalf of the GJA, while Mr Kofi Anokye, Chief Executive Officer of Koans Group of Companies initialled for his company.

Mr Monney said by the initiation of the Media Village Project, the GJA, was taking a key step to address one of the critical housing challenges in the country.

He said most journalists in Ghana were poorly paid and so the GJA was negotiating flexible terms of payment for them to be able to acquire a house of their own.

He said the Association shall continue to explore opportunities to provide similar housing projects for other members in the regions as well.

Ms Dartey, who chairs the five-member Media Village Committee said the members that included; an astute legal practitioner, Lawyer Osei Kwadwo Addo, were doing due diligence in the processes leading to acquiring a house at the MVP.

She said with the project being a welfare initiative, the Committee members would de-emphasize a business angle and rather, emphasise a concept of “One journalist, one house” for the cluster of 100 affordable houses.

“We emphasize that it is solely for the welfare of journalists”.

“The key role of the Committee is to represent and protect the interests of buyers of the houses, who are the journalists”, she said, adding that the site that was strategically selected was very close to the road making it very accessible for anyone who buys and live there in a house.

Ms Dartey announced that a mortgage loan arrangement and other possibilities for those in need of the affordable houses would be facilitated by the GJA, while media houses and their staff of journalists would be encouraged to benefit from that “unique welfare initiative”.

The selected site would be about five to 10 minutes-drive from the main Nsawam/Kumasi Highway and it would be a gated security entrance, Ms Dartey added.

The Committee would serve and remain in place for one year during which, it was expected that the construction of the 100 cluster of houses would be completed and handed over to the GJA.

Mr Kwasi Gyan Apenteng, Chairman of the National Media Commission who assisted Ms Freda Prempeh, a Deputy Minister of Works and Housing to launch the MVP, commended the GJA for that great initiative which would greatly help solve the accommodation issue of many journalists and ensure their welfare and wellbeing.

Ms Prempeh saluted the GJA for the efforts at helping to address the housing deficit of 1.7 million through the Media Village Project.

She said the deal was a good one and all journalists should strive to acquire a house through the initiative.

She urged the building industry players to explore more innovative technologies in building houses to help reduce cost, saying, the Government had already taken steps to cushion the industry by abolishing the real estate tax.