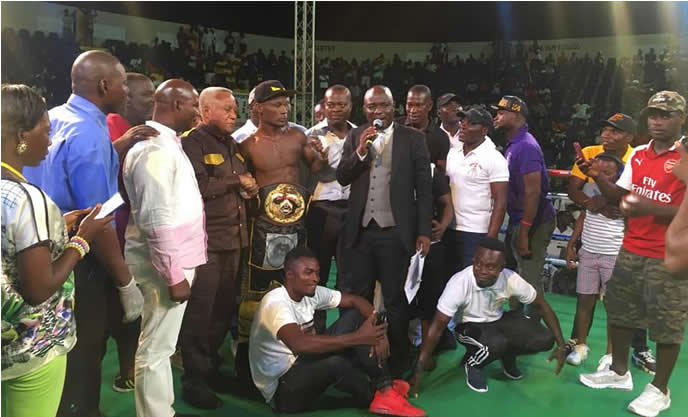 Allotey, who is in top form proved too strong for Dodzi, who prior to the bout promised to stop the new champion in round three, but that didn’t happen.

Dodzi in round three put pressure on Allotey, but he failed to land any clean shots, whilst Allotey was the aggressor.

From round four to six was a one-way traffic for the new champion as he danced, boxed and punched to victory.

Allotey, after his victory called for a rematch with Kazakhstan’s Kanat Islam. The Ghanaian lost to Islam two years.

“I want a rematch with Kanat Islam. They robbed me in our first fight so i want to fight him again,” he told the media.

“Now Kanat Islam is ranked high and it is the right time for me to fight him. I know i have the power to beat him because i want to be a World Champion and in order to achieve that you have to fight the best.