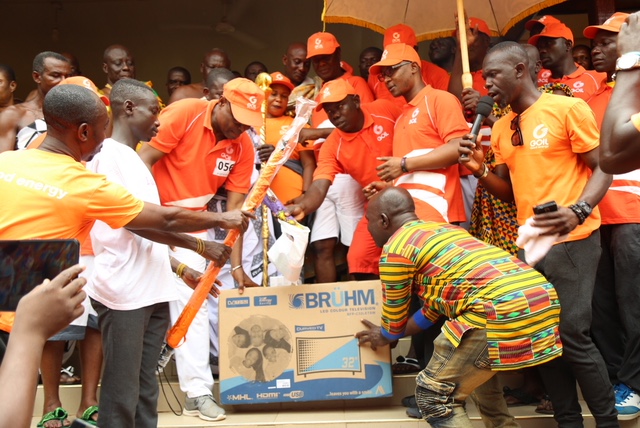 The event, organized by Kwahu Traditional Council (KTC) and Medivent Consult, saw Vikuba, making a time of one hour, 56 minutes and 20 seconds to become the historic winner of the marathon.

The mountain marathon was aimed at changing the face of the annual festival.

In an interview with GNA Sports Vikuba noted that they struggled to finish the event, since it’s their first time of doing a mountain marathon.

“We have participated in several marathons, but this mountain marathon being our first was a bit difficult, we had to endure more to make it through the curvy mountains because we had to climb the mountain for more than 30 minutes, which took a lot from us but it was worth it,” he stated.

According to him this would put him on his toes to train hard for more of such events in the future and be able to make it for himself and mother Ghana.

“I have the dream of working hard and becoming one of the best athletes for Ghana, this maiden Easter mountain marathon has really helped and conditioned me for the task ahead,” he added.

He would also have the opportunity to participate in the 2018 version of the Berlin Marathon to be held in September.