April 2, 2018 Africa/International Comments Off on UNMISS GHANBATT 6 takes over command In South Sudan 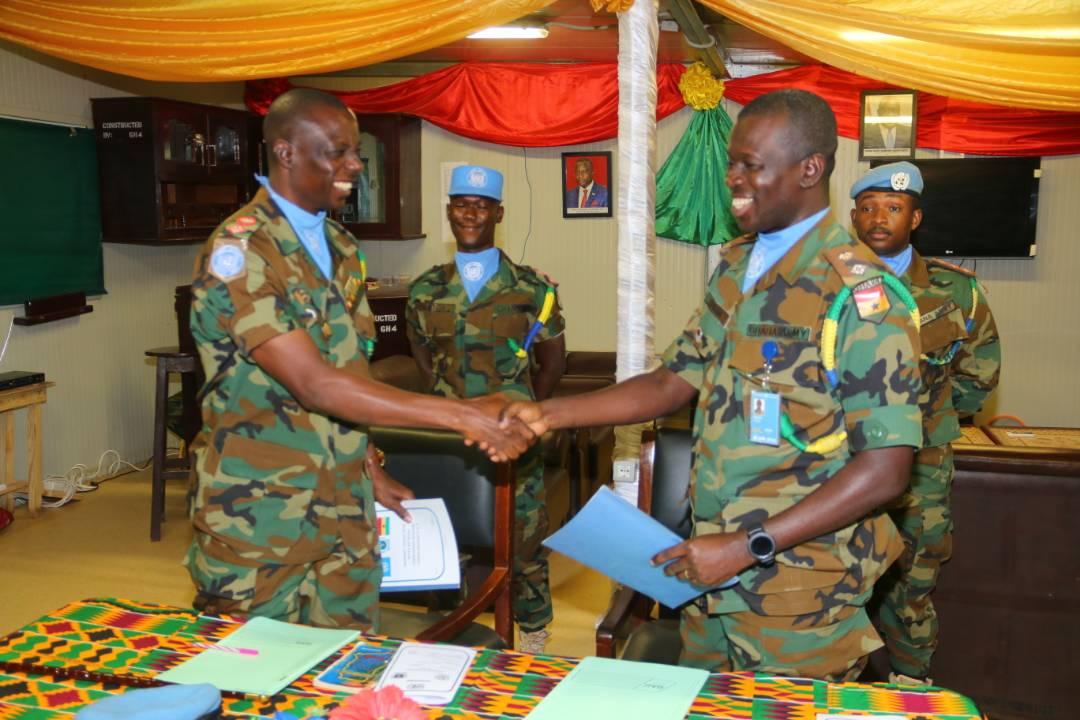 A statement issued to the Ghana News Agency in Accra said the outgoing CO was very grateful for the support given to him by the troops and canvassed same support be given to the incoming one, to make their stay of Ghanbatt 6 a memorable one and be able to accomplish desires of the command.

Lt Col Oduah served the Ghanbatt as the CO for a year in South Sudan after officially handing over the baton of Command to Lt Col Ogaja, who is also the substantive CO of First Battalion of Infantry (1BN), based at Michel Camp, Tema.

In a farewell message, the out-gone CO said he was delighted that Ghanbatt 5 had maintained good relationship with its civilian population over the years and urged Ghanbatt 6 to build on that in order to keep the flag of Ghana high.

Lt Col, who returns to other assigned duties in Ghana, entreated officers and men of the new Ghanbatt to work harder to protect the legacy of peace in South Sudan.