March 18, 2018 Africa/International Comments Off on Campaign against child labour in Africa launched 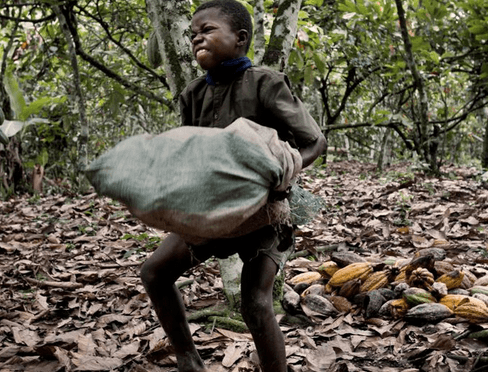 The 100-million Campaign against Child Labour in Africa has been launched in Accra with a call on stakeholders to rise and fight against the menace.

The Campaign also seeks to eliminate all forms of discrimination against children across the globe championed by Kailash Satyarthi, the 2014 Noble Laureate and the ambassador for the fight against Child labour.

It also aims at withdrawing 100 million child labourers out of the global estimates of 152 million from all forms of work, especially the hazardous ones.

The global launch of the 100-million Campaign against Child Labour was first held in India with Ghana hosting the Africa launch.

Mr Ignatius Baffour-Awuah, the Minister of Employment and Labour Relations, who launched the Campaign, noted that the world could simply not accept the demeaning phenomenon if much attention was not paid because of existing socio economics patterns in the current world order.

Mr Baffour–Awuah said eradicating child labour was a strong milestone in decent work gains because in regulating work, children should not be found in the work space.

“Children have the right to grow as children to be in good health, stay in school and be prevented from situations that expose them to hazards,” he said.

The Sector Minister said Ghana had made a lot of gains in the fight against child labour through formulation and implementation of policies and regulations citing the 1992 Constitution, the Children’s Act, the Human Trafficking Act, and the Labour Act as examples.

In addition, the Minister said Ghana had also put in place child development, social protection and economic empowerment interventions to support the less-privileged families and their children.

He said the selection of Ghana among a few African countries to launch the Campaign was not a mere coincidence or admission of high prevalence of child labour but rather a recognition of the country’s efforts towards the fight against the menace at both international and local levels.

Mr Baffour-Awuah, who cited the Labour Force Survey conducted by the Ghana Statistical Service in 2015, said about 6,221,425 representing 71 per cent of Ghanaian children did not engage in any forms of work at all.

However, he said there were estimated 1,892,553 of children representing 21.8 per cent engaged in child labour.

Mr Baffour–Awuah appealed to stakeholders to intensify efforts to withdraw those children from the canker.

He said as part of efforts to consolidate gains made under Ghana’s National Plan of Action (NPA Phase-One), the Ministry and its partners had developed and secured Cabinet approval for the implementation of the Phase Two, which seeks to reduce child labour from its present rate of 21.8 per cent to 10 per cent.

Mr Baffour-Awuah said the Ministry had also allocated GH¢500,000, representing 13 per cent of its 2018 Budget, towards the implementation of NPA Two.

“The Ministry, in collaboration with its tripartite constituents and the key stakeholders, are still working hard towards ratification of the forced labour Protocol and other relevant International Instruments aimed at protecting children,” he added.

Madam Otiko Afisah Djaba, the Minister of Gender, Children and Social Protection, in a speech read on her behalf, said her Ministry deemed the participation of children in decision making as very important.

In light of this, great inputs were sought from children across the country for the latest development of the Child and Family Welfare and Justice for Children policies, she said.

Madam Afisa Djaba said Ghana was working towards ensuring that children who represented about 45 per cent of Ghana’s population would be in a free society and enjoy their rights without any hindrance.

Dr Matthew Opoku Prempeh, the Minister of Education, in a speech read on his behalf, said government believed that education was the ultimate game changer as it opened many doors of opportunities in any society.

He said education was also the meal ticket out of deprivation and underdevelopment hence the skills learned through education and training were vital tools for self development for national growth.

Dr Prempeh said it was sad to note that many young people in the country had been unable to access senior high school education and benefit from its ability to transform their lives.

“Many hopes have been destroyed and many brilliant boys and girls have been pushed to the fringes of society because their families could not afford to educate them beyond junior school,” he said.

The statistics between 2012 and 2016 showed an average of 100,000 children, every year, who qualified for senior high school (SHS) education and were placed in public schools were unable to take their places because of financial reasons, the Minister said.

He explained that under the Free Senior High School Policy, government’s vision was to ensure that no child should be denied SHS education by reason of family financial circumstances.

“We are determined to ensure that the quality will not be sacrificed as the policy is rolled out in subsequent years,” he added.

Kailash Satyarthi, on his part, said children were no longer ready to accept injustice and exploitation in any form and stressed the need to create a safer environment for them.

He expressed the opinion that young people were filled with great ideas that, when tapped, could be used in transforming the world.

The 2014 Peace laureate also urged the young to be agents of change in their respective fields and be ready to take up the 100 million Campaign on higher wings.

There were solidarity messages from the Ghana National Association of Teachers, Tertiary Education Workers Union, General Agriculture Workers Union, and All African Students Union among others.