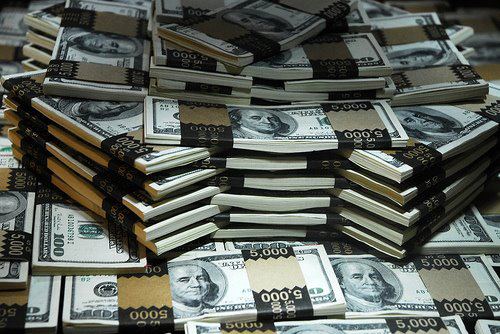 Record number of billionaires created in 2017 despite global inequalities – Report

The global economy created a record number of billionaires in 2017, exacerbating inequality amid a weakening of workers’ rights and a corporate push to maximize shareholder returns.

The world now has 2,043 billionaires, after a new one emerged every two days in the past year, the non-profit organization said in a report published Monday.

The group of mostly men saw its wealth surge by $762 billion, which was enough money to end extreme poverty seven times over, according to Oxfam.

According to separate data compiled by Bloomberg, the top 500 billionaires’ net worth grew 24 percent to $5.38 trillion in 2017, while the world’s richest person, Amazon.com Inc.’s Jeff Bezos, saw a gain of $33.7 billion.

Ms Winnie Byanyima, Executive Director of Oxfam International, said “The billionaire boom is not a sign of a thriving economy but a symptom of a failing economic system.

“The people who make our clothes, assemble our phones and grow our food are being exploited”.

Oxfam published the report as global leaders, chief executives and bankers arrive in Davos, Switzerland, for the World Economic Forum’s annual meeting. Noting that many of the world’s elite say they were concerned about income inequality. The Charity said most governments were “shamefully failing” to improve the matter.

It also recommended eliminating the gender pay gap and raising taxes on the wealthy, among other suggestions.

“They want a limit on the power and the wealth which sits in the hands of so few.”

Food prices go up in the Upper East