“Some Free Zones companies are not complying with rules’- GFZA

March 2, 2018 General News Comments Off on “Some Free Zones companies are not complying with rules’- GFZA 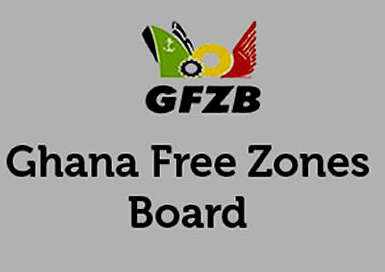 Some companies in the Free Zones Enclave do not comply with the rule of selling only 30 per cent of products and exporting the remaining 70 per cent.

Mr Micheal Okyere Baafi, the Chief Executive Officer (CEO) of the Ghana Free Zones Authority (GFZA), said on Thursday in Accra that; “We have had complaints of Free Zones enterprises selling more than the stipulated 30 per cent on the local market.”

At a day’s forum with CEOs of licensed free zones enterprises from the Eastern, Greater Accra and Volta regions, Mr Baafi expressed worry about the situation adding that a schedule of new tariffs and other charges had been circulated to all Free Zones enterprises.

Dubbed: “Resolving Challenges for Business Growth,” the CEO of the FZA noted that going into the future, the Board was looking at setting up a new unit at the secretariat for oil and gas.

He said the establishment of the new unit had become necessary because the oil and gas sector is a new area and there was the need for some expertise to assist the companies efficiently.

Mr Baafi said most Free Zones enterprises did not submit their quarterly reports and audited financial statements adding; “Some of them who do also come with false and misrepresentation of information that affects the GFZA’s reporting to the Government.

“The quarterly reports are expected to be submitted within a month after the end of the quarter and audited accounts within the first quarter of the ensuing year.

“More grievously, some of the quarterly reports are presented with false information. This lack of submission of quarterly returns and misrepresentation is affecting the GFZA’s reporting to government”.

On security, he said; “Security at the Tema Export Processing Zone (EPZ) will be increased. In this regard, the GFZA is having discussions with the Ghana Armed Forces to provide a military detachment at the Tema EPZ. We are also working on the Police and Fire Service post within the Enclave”.

Mr Baafi said a new monitoring unit had also been set up to monitor activities of Free Zones enterprises and urged them to report any challenge to the FZA for action as it also served as facilitator to ensure that investments in Ghana yielded maximum returns.

Mr Carlos Kingsley Ahenkorah, the Deputy Minister of Trade and Industry, thanked investors for their assistance and contribution that had made the Free Zones programme a success.

“It is all possible because those who started and kept fate with us sent that message across to other investors that it was possible to do business in Ghana,” he said.

He noted that the contribution to the economy by the sector was substantial, especially when a large number of people had been employed there.

Mr Ahenkorah said the Board was going to embark on a massive facelift of the Enclave where walls, roads, and security measures would improve.

“We even intend to put up a police station within the Enclave to ensure security,” he said.
He said the Government was embarking on “One Region One Enclave” project to industrialise Ghana.