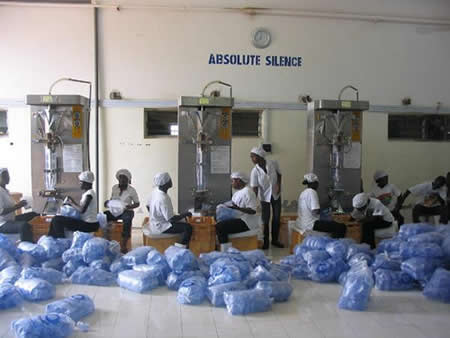 Members of the National Association of Sachet and Packaged Water Producers have threatened to shut down their production should the enforcement of the Tax Stamp Law impact negatively on their operations.

They said the current frustration was due to the fact that members had not been able to acquire the tax affixing machines as of the eve of the enforcement of the Tax Stamp law.

A statement issued by the Association’s National Executive Committee in Accra, on Wednesday, said it had been confirmed that none of their member companies had been able to acquire the tax affixing machines at the moment.

It said members were also not in the position to acquire the machines, and, therefore, resolved at an earlier meeting in the day, that producers could access the government tax affixing machine at the Tema Port, in the interim.

The statement said it was envisaged, however, that this would cause great inconveniences to producers, and could impact adversely on their productivity.

It said it was, therefore, agreed to reschedule a meeting for all bottled water companies on Monday, March 5, 2018, to assess the impact of the current situation on their businesses and decide on a possible shutdown if found necessary.