Home / Lead Story / Cape Town may have a drought, but the city is still welcoming

Cape Town may have a drought, but the city is still welcoming

February 25, 2018 Lead Story, Tourism Comments Off on Cape Town may have a drought, but the city is still welcoming 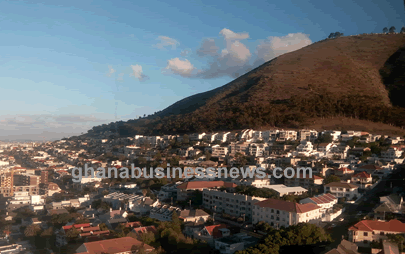 As we landed at the International Airport, walk through the jetway into the arrival hall, it hits you immediately that Cape Town has a water crisis. There are signs everywhere reminding you to conserve water, use water carefully and wisely and to use water only when necessary.

Despite the drought, this beautiful and charming city that also hosts among others the Table Mountain, Robben Island, Cape of Good Hope and the Gugulethu Township has not lost its charm and it is still a hotbed for tourism in South Africa. The hotels, the conference centres and tourism locations are all in business, stoically going about their business like they used to, before the drought.

The city is in the throes of a three-year-long water crisis which causes are being debated as dam levels have continued to fall, but it hasn’t lost its lustre, and its residents and citizens are living a normal life except that they are learning and getting used to conserving water by imbibing new habits in water usage and recycling, attitudes that are raising the city’s environmental consciousness as well as improving skills in how best to recycle not only water, but everything else.

Cape Town has always been the tourist’s dream location, and once a visitor tastes what it has to offer, the sensation never leaves, and there is always a desire to come back.

I first visited Cape Town in January 2012 for a conference on statistics. My first impression of the city never left me. Its beauty, landscape, architecture, infrastructure and more strikingly for me, its erratic and unpredictable weather – it’s one moment sunny and warm, but it would suddenly turn windy, cold and then the rains would fall. Each time you are setting off for Cape Town, you are always reminded of the weather’s uncertainty – it’s the first thing that comes to mind for a second time visitor.

Why am I in Cape Town this time around? Ghana Business News is one of the Hosted Media at the Meetings Africa 2018. And I am one of the about 15 journalists from different countries of the world that have been invited by South African Tourism, to enjoy the beauty and hospitality of Cape Town. As part of the programme, we are having a pre-conference tour starting from Cape Town, then to Johannesburg, from where we shall split into two groups. One group will go to the Eastern Cape while the other, goes to Mpumalanga, the other regions chosen for the post-conference tour.

The Meetings Africa annual event is held to showcase Africa’s diverse offering of services and products for the meetings industry. It is held together by the South African National Convention Bureau and South African Tourism.

And while we are in Cape Town, it hasn’t stopped giving. Neither has the drought dried up the city’s capacity to welcome visitors.

Our first day started with something you would describe as a whirlwind of a breeze through the city. After spending a night at the beautiful Verde Hotel near the airport, we checked out, met the members of the group at the airport and moved to the gorgeous and enthralling Taj Cape Town Hotel where we will be for the next two days as we tour the city.

We were then driven through town and shown the Townships, including the oldest known as Langa. We visited the Century City Conference Centre, had dinner on the 22nd rooftop floor of The Ritz Hotel. The rooftop of The Ritz Hotel rotates, and while we ate dinner it was rotating without anyone realizing. After a while we would notice that we were facing a different view. At one point we would be facing the ocean, then it would be the direction that puts the World Cup stadium into our view, and before long, we would be facing the mountains.

Intent on giving us a treat, we were served a seven-course meal!

This is just the first day of a weeklong programme in a city hit by drought, but the people of Cape Town haven’t lost their skills in making visitors feel at home. I can’t wait for the next stop in this enthralling city.