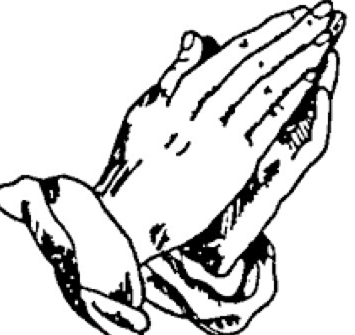 Prayer Camps in the Eastern Region want to be recognized as part of the healthcare system in order to have the authority to refer their clients to health facilities when the need arises.

According to them, people had trust in prayer camps and so tend to go there first for treatment of all sorts of diseases, and therefore, want that collaboration with health facilities to be able to refer clients who they suspect needed medical attention.

This came to light during a sensitisation workshop organised by the Ghana AIDS Commission (GAC) for prophets and prophetesses, pastors and leaders of about 50 prayer camps in the region, to find solutions to the high defaulter rates in HIV treatment by clients.

Prophet Isaiah Laweh, Chairman of the Manya Krobo Council of Churches who operates one of the largest prayer camps in the area, said their clients refused to go to health facilities because of the hostility of health workers.

He said often their clients who were asked to go to health facilities after spiritual treatment later came back to report to them that health workers attacked them for not coming to the health facilities rather than going to prayer camps.

This situation, according to him, was making it difficult for their clients who had trust in them to go to health facilities for medical attention and therefore, called for a referral or authority notes to be able to strengthen the collaboration between them and the medical facilities.

Lately, the activities of prayer camps had become a concern for the GAC and the Ghana Health Service where many people with ailments such as HIV, AIDS, tuberculosis and even pregnant women abandon their treatments at the health facilities and go to the prayer camps for cure.

Mostly HIV and AIDS positive mothers refuse to accept their status as well as treatment and rather resort to the prayer camps that tell them they were suffering from spiritual attacks and curses.

Ms Golda Asante, the Eastern regional coordinator of the GAC, who presented findings of their visit to the prayer camps said most HIV clients had resorted to the prayer camps under the belief that their HIV infection were spiritual and that they could be cured through prayers and herbal medication.

She said the conditions at most of the prayer camps were aggravating the situation of the HIV careers citing an instance where a tuberculosis patient was sleeping in the same room of 14 people.

Mrs Gifty Tetebo, the Regional HIV Coordinator for the Ghana Health Service said, it was not the best for people who were sick to be detained at the prayer camps for a long time and were only asked to go to the health facilities when they were at the point of death.

She said several cases had been recorded in all medical issues ranging from HIV patients and pregnant women who only come to the health facilities with severe complications after spending days at the prayer camps.