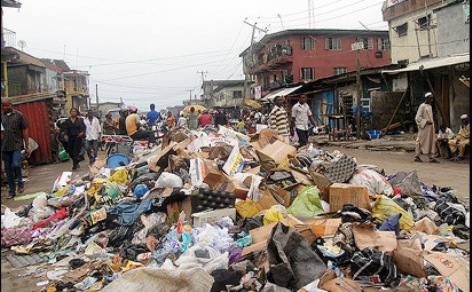 Traders at the Agbogbloshie market have pleaded with the Accra Metropolitan Assembly (A.M.A) to help them curb the high rate of filth that has engulfed them.

Madam Florence Assan, a vegetable seller told the Ghana News Agency (GNA) on Monday, that it was very disheartening to sell in such an environment.

“Selling in this environment is very disturbing, the stench from the gutter is really unbearable and it sometimes makes me sick,” she said.

Madam Assan said: “I still come to sell, because I have a family to feed, therefore, I must work to earn a living.”

Mr Mohammed Awudu, a spare parts dealer said traders have complained on several occasions to city authorities but no action has been taken to support them clean the filth.

He, therefore, pleaded with the A.M.A and the Assembly member of the Agbogbloshie electoral area and its environs to address the situation on time to curb the outbreak of any communicable diseases.

Mrs Patience Okine, a flour seller blamed some of her colleagues for being responsible for the filth at the market.

“The dirt and smell around here in a way is contributed by some of our colleagues, someone can urinate in a container for the whole day and when they are about leaving they pour it in the gutter,” she added.

Mrs Okine, therefore, called on her colleagues to put a stop to some of the negative attitudes that create filth and bad smell around the market and promote good hygiene, since ‘cleanliness is next to Godliness’.

Mr Jude Tetteh, a mobile money vendor also disclosed that some of the traders, especially the cabbage sellers are partly responsible for the smell.

He said majority of them dump their cabbage wastes around that generate smells a lot even when it is not rotten.

He said the attitude of some traders was affecting sales, because most of their customers could not withstand the stench so they feel reluctant and uncomfortable to buy at the market.

He called on city authorities to arrest and impose fines on individuals, who would be found dumping refuse or urinating around the market area to serve as a deterrent to others.