January 30, 2018 ICT Comments Off on Customers unhappy about shortage of Aayalolo e-card 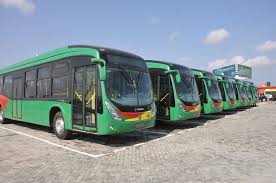 The inability of the management of Aayalolo Transport Company to print out new monthly e-cards after it had run out is making users of the service angry.

Some passengers at the Aayalolo bus terminal on Tuesday told the Ghana News Agency (GNA) that they were unhappy with the management of Aayalolo Transport Company for the failure to provide them with the e-cards.

The passengers said they were being inconvenienced to buy tickets per trip since the company run out of the cards in December, 2017.

At the Tudu Aayalolo bus terminal, the sales executive was only issuing tickets per trip instead of the e-cards.

In an interview with the GNA, the sales executive, who chose to remain anonymous, said there was shortage of cards for a month now.‘’I believe management are working on it, but I cannot give the exact date the e-cards will be out.’’

“Sometimes when customers want to buy the card and I tell them there is shortage they go instead of buying the ticket, it is worrying but nothing can be done,’’ she said.

Mr Christian Obeng, a teacher, said he had been to several sales point to purchase the e-card but was unable to get the card and explained that he had to buy the ticket which expires after the trip, adding that the managers of the bus should do their best to print out more cards.

Ms Jennifer Ansah, a student, said the management should have come out to tell the commuters what was happening, but nothing of that sort had been done. ’’They know many people board the bus these days so they should have prevented the shortage of the e-cards’’.

Madam Rebecca Amuzu, a trader told the GNA that, ’’I buy GH¢20 credit on my card for transportation, but now my card is missing so I have to buy a ticket per trip,’’ and called on the bus officials to print adequate cards for their customers.

Mr John Anderson, a businessman said he preferred Aayalolo to other commercial buses, because of its easy accessibility, but his card got spoilt and yet could not get a replacement.

He explained that passengers should be informed about the switch from e-card to ticket, this he stressed was not a good initiative by the authorities.

Mrs Joyce Owusu, a trader said she buys GH¢10 credit on her card for transportation but now she had to queue to purchase a ticket anytime she had to board the bus. ’’The bus authorities should do their best to prevent this unnecessary queuing.’’