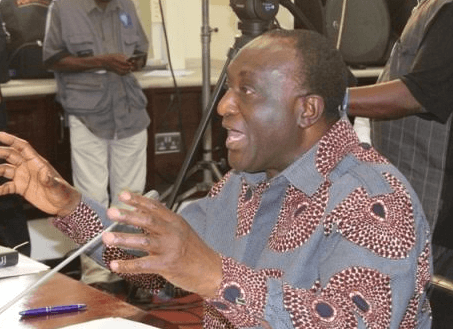 The Committee, setup by the Speaker of Parliament, Professor Aaron Mike Ocquaye, was tasked to investigate the alleged extortion of monies from expatriates during the 2017 Ghana Expatriates Business Awards.

So far, Alhaji Mohammed Mubarak-Muntaka, the Minority Chief Whip, Mr Samuel Okudzeto Ablakwa, Member of Parliament for North Tongu, Mr Alan Kyeremateng, Minister of Trade and Industry, as well as officials from the Millennium Excellence Foundation, organisers of the Ghana Expatriates Business Awards, have all appeared before the Committee.

Additionally, 10 members of the expatriate community in Ghana were interrogated in-camera by the Committee.

The Committee’s sitting on January 16, 2018, was suspended because none of the expatriates invited to testify showed up.

The Committee was also given a one-week extension after they requested for additional time to complete their report. They are now to present their report on January 31, 2018, instead of the original date of January 24.

The last person to appear before the bi-partisan Committee was Mr. Eugene Asante Ofosuhene, the Controller and Accountant General.

Mr Yaw Buabeng Asamuah, Spokesperson for the Committee, told the media after the sitting that it had concluded its public sittings adding that it had gathered enough information to enable members to prepare their report.

He expressed the hope that the Committee would work hard to be able to present its report on January 31 to Parliament.

He said everything that the Committee did since beginning of the public hearing would appear in the final report to the House.

It would be recalled that the Ministry of Trade and Industry, which partnered the event organisers, Millennium Excellence Foundation, is alleged to have charged between $25,000 and $100,000, to enable expatriates to sit close to the President at the awards ceremony.

The allegation was first made by Alhaji Muntaka Mubarak in Parliament in December 2017 and was further reinforced by Mr Ablakwa.

Mr Mubarak said the fees charged at the Ghana Expatriate Business Awards were not approved by Parliament, adding that the monies were also not accounted for in the Internally Generated Funds [IGF] of the Ministry’s accounts.

The Ministry of Trade said it played no role in determining prices for seats at the event, and clarified that it only facilitated the implementation of a new initiative by the Millennium Excellence Foundation.

But the Ministry, after an order from the President to probe the matter, clarified that an amount of GH¢2, 667,215 was realised from the event.

This was made known after President Nana Addo Dankwa Akufo-Addo had asked the Trade Minister, Mr Alan Kyerematen, to investigate the matter and report to him.

The organisers of the Awards had also explained that no one paid to sit close to the President, and that the amount was raised from sponsorship through a fundraising at the event.