January 13, 2018 General News Comments Off on Nutrition planning not given prominence – Health Director 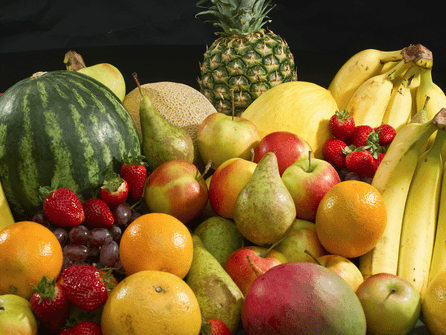 Joseph Teye Nuertey, Upper West Regional Director of Health Services has stated that right from the planning stages of health delivery in Ghana, nutrition was not accorded the necessary importance, which has since affected the health system.

“It is even unfortunate that even some managers in Ghana Health Service (GHS) do not give nutrition its needed attention and this is reflected on how some frontline health staff view nutrition activities as an additional task rather than their core duties”, he said.

Dr. Nuertey who stated this during the Annual Nutrition Review and Advocacy Meeting in Wa, noted that the central role of nutrition on health was recognised by Hippocrates, the ancient doctor of medicine when he said “Let food be thy medicine and thy medicine thy food”.

The Regional Director of Health Services said it was about time health professionals realised that their core duty of ensuring a healthy population could never be achieved until they gave nutrition its needed attention, adding that nutrition was the bedrock for health and development.

He said despite this, the Upper West Region made modest improvement with regard to malnutrition among under-fives, hinting that acute malnutrition also termed as wasting had decreased from 13.9 per cent in 2008 to 4.4 per cent in 2014 according to the Ghana Demographic Health Survey (GDHS).

Dr. Nuertey noted that inadequate food intake and disease of infections were the known immediate determinants of under-nutrition, saying it was not surprising that the region made progress considering the investments in the area of both nutrition specific and sensitive interventions in the last few years.

However, he pointed out that the region was still baffled with food insecurity and poor hygiene and sanitation practices, which according to him were fundamental for nutrition outcomes.

He said the Emergency Food Security and Market Assessment (EFSA, 2016) Conducted by the World Food Programme (WFP), indicated that the prevalence of food insecurity has increased in two of the three regions of the north which were included in the 2012 Comprehensive Food Security and Vulnerability Analysis (CFSVA) report.

“The level of food insecurity increased from 16 per cent in 2012 to 18 per cent in 2016 in the Upper West Region”, the Regional Director of Health Services noted.

Dr. Nuertey also disclosed that 70 per cent of Ghanaians still practised open defecation because of lack of toilet facilities according to the GDHS 2014 report, noting that this was still serious and had a lot of health implications including increased infection rates and eventually under-nutrition or even death among under-fives.