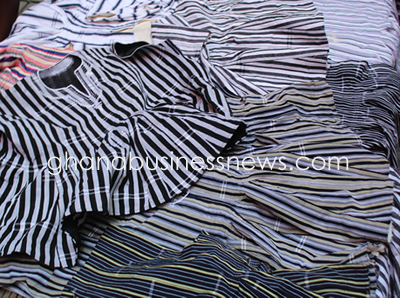 The North Gonja District Assembly has taken steps to find more market for smocks woven in the area by tasking the country’s High Commissioners and Ambassadors to promote smocks in their countries of assignment.

To this end, the Assembly has supplied few smocks to some of the High Commissioners and Ambassadors to occasionally wear them to events to attract market for the product abroad.

Mr Adam Eliasu Red-bawa, District Chief Executive for North Gonja announced this in an interview with the Ghana News Agency at Daboya on Wednesday to specify efforts being made to promote the smock industry in the district.

Smock (batakari) weaving is a major economic activity at Daboya, the capital of the North Gonja District in the Northern.

The town is noted for beautiful quality smocks, but rising cost of production materials and dwindling market for smocks have become a concern for industry players in the area.

In 2016, the Savannah Accelerated Development Authority in collaboration with the Ministry of Trade and Industry, declared that smocks be worn on the first Friday of every month to boost the patronage of and step up the international appeal and reach of smocks thereby boosting employment and incomes of the large number of people the industry employed.

Mr Red-bawa said “I have also proposed to the High Commissioners and Ambassadors to organise exhibitions of smocks as part of their activities for the assembly to select some of the major smock dealers to attend and showcase the products to the outside world.”

He expressed the hope that the High Commissioners and Ambassadors would soon kick-start the process to enable the Assembly to showcase smocks to the outside world.

He said farmers in the district would be engaged to cultivate cotton to feed the factory to ensure success and was hopeful that efforts being made would soon materialise into establishing the factory for the benefit of the people in the area.