Food Scientist cautions against the glamour for artificial seasonings

January 12, 2018 General News Comments Off on Food Scientist cautions against the glamour for artificial seasonings 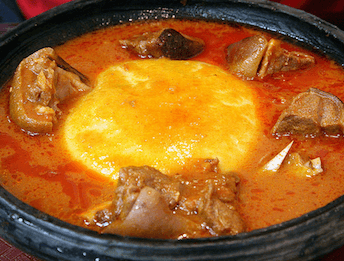 Professor Sarah Darkwa, a Food Scientist at the Department of Vocational and Technical Education, University of Cape Coast (UCC) has expressed worry about the glamour with which many Ghanaians have substituted local condiments or spices such as “Dawadawa” for artificial seasonings.

Subsequently, she has advised against excessive use of artificial seasonings as they often contained some questionable ingredients that could be harmful to the human health, when used over time.

According to her, such seasonings had high amounts of salt or salt-related chemicals and were not as healthy as traditional condiments in preparing foods.

Professor Darkwa who was speaking on the topic “Food Science: A sweet killer of nutritional well-being” at an inaugural lecture at UCC on Thursday, described these food seasonings as “sweet killers”.

The lecture offered an opportunity for Prof Darkwa to present some of her researches that examined the use of local food materials in the preparation of healthy food products, determination of glycemic loads and indices of some local foods.

Prof Darkwa, however advised Ghanaians to resort to Dawadawa which was highly aromatic and could be used as a healthy condiment in food preparation for good health rather than maggi cubes which were made of artificial chemicals and flavouring.

“Dawadawa has a high protein and fat content and a huge deposit of vitamins needed for the proper functioning of the human body with nutritional components that can contribute significantly to alleviating the widespread nutritional problems in Ghana if incorporated well into our daily meals,” she stated.

She mentioned that cardiovascular and chronic diseases and conditions such as stroke, cancer, diabetes, obesity, and arthritis were common in the country due to the high consumption of these artificial seasonings.

She admonished Ghanaians to change their social perceptions, which were leading them into dangerous lifestyles, noting that tasty foods were not really made so by seasonings.

“The use of artificial food seasonings as flavor enhancers has been globally accepted for different recipes and these enhancers have taken the place of many of the traditional and naturally produced seasonings, such as, dawadawa, which can be used as a healthy condiment in food preparation for good health,” the professor of Food Science bemoaned.

She said “there are four main ingredients used in the production of stock/bouillon cubes. They are salt, hydrogenated oil, monosodium glutamate (MSG) and colours and preservatives. However, researchers have found these items harmful to the health”.

Prof Darkwa said although food was a basic need of humans, it could promote health and likewise diseases and therefore it was important to ensure that whatever one ate, being it in small quantities, promoted good health.

She also cautioned against excessive intake of non-alcoholic drinks as most of them contained high levels of sugar and other harmful substances which tended to be detrimental to the human body.

The professor, therefore, called for more advocacy and more commitment from medical personnel and citizens’ change in lifestyles to fight it.