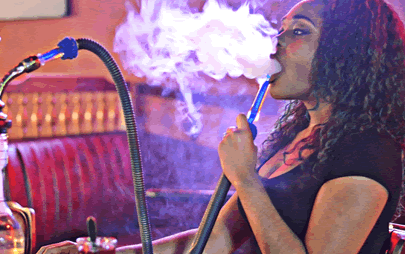 The Vision for Alternative Development, (VALD), the Ghana NCD Alliance and other civil society organisations (CSOs) have called on the Food and Drugs Authority (FDA) to immediately ban the smoking of “shisha” in the country.

The call was made in a petition signed on behalf of the organisations by Mr Labram M. Musah, Programmes Director of VALD and Mr Adams Ebenezer, Vice Chair of Ghana Non-Communicable Disease Alliance (GhNCDA) and copied to the Ghana News Agency on Thursday.

The shisha, referred to as “water pipe” is a tobacco smoking device and employs an indirect heat source (such as lit charcoal) to slowly burn tobacco leaves while users draw the smoke through a hose attached to a water chamber.

The petition said, per the Public Health Act of 2012 (Act 851), specifically part six, (Tobacco Control Measures), shisha must be considered an illicit product and its influx in the country was causing health consequences to the youth, who were the main targets.

It said health campaigners across the globe have warned of the dangers of smoking Shishas, and that, doctors say there is a “misconception” that shishas are not as harmful as cigarettes, adding that; “the British Heart Foundation says an hour long shisha session can be the equivalent to smoking more than 100 cigarettes in one session.”

The petition said: “Apart from the known diseases such as heart disease, cancer, respiratory disease and problems during pregnancy, smokers are at high risk of infectious diseases such as TB, Hepatitis, among other diseases.”

The World Health Organisation (WHO), in a recent advisory note to regulators, revealed that smoking shisha posed grave health risks, it said, adding that a common belief is that the risks of tobacco are reduced since it is purified as it passes though the water.

The petition, however said the WHO insists that even after it has been passed through water, the smoke produced contains high levels of toxic compounds, including carbon monoxide, heavy metals and cancer-causing chemicals.

“Our source indicates that they are coming from neighbouring countries through unapproved routes. Some of these products have no country of origin and no one knows the actual constituents of these products being excessively used by the youth and some celebrities,” the petition said.

It said any product, including tobacco that has no country of origin was illicit, therefore shisha is an illicit product and must be immediately banned to save children as young as 15 years.

It said the Tobacco Control Measures of Act 851 and Regulations 2247 clearly stated that all tobacco products must have health warnings, but many hotels and restaurants have shisha lounges opened to the public every day without the approved health warnings.

“Smoking is banned in all public places in Ghana except in designated rooms but shisha is found and smoked in many communities openly, posing serious health problems especially to second hand smokers including children and pregnant women,” it said.

The petition said due to the devastating health consequences that shisha pose, Tanzania banned it last year followed by Rwanda and now Kenya few days ago and many countries in Africa were in the process of following suit.

Others are the Movement Against Tobacco and Substances of Abuse, Socioserve-Ghana, Aid for Needy Children Foundation, Federation of Youth Clubs, Concern Health NGO, Resource Link Foundation, Cilikgold Association, Coalition of NGO in Health, Ashanti Region, Defense Against AIDS, and Poverty and Under development.