Will GhanaCard registeration begin this January?

January 5, 2018 ICT, Lead Comments Off on Will GhanaCard registeration begin this January? 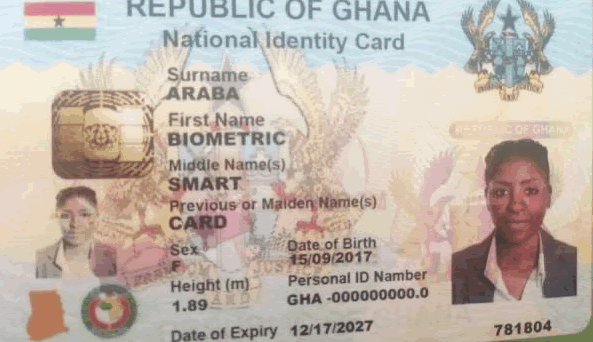 One of the country’s most important but controversial projects – has been in the works for almost 10 years, the national ID card project known as GhanaCard could begin this January 2018, after two announced dates were missed. The government first said the public will be issued with the card on September 15, 2017, but instead the President was issued with the first copy of the card where the National Identification Authority (NIA) announced that mass registeration and issuance of the card would begin in November, and that too didn’t happen.

Other reasons for the delay of the card project which started in 2009 and was halted was because the country had to comply with the Economic Commission of West African States (ECOWAS) specifications. The card can be used for travel within the sub-region.

The country since 2009, has spent about $50 million on the project, but the cards that were issued after it was started were discontinued after sometime due to some factors. Then in September 2016 the then Deputy Minister of Foreign Affairs, Emmanuel Bombande told journalists that the national ID card system was delaying because the country was preparing to adopt the ECOWAS biometric card system which was launched in July 2014.

But a United States company has announced that the country will start issuing the cards this January 2018. The Minneapolis based company, Entrust Datacard says in a press release issued January 4, 2018 and copied to ghanabusinessnews.com that its technology will be used by the government of Ghana — through a partnership with Identity Management Systems (IMS), a subsidiary of Margins Group — to instantly issue national identity cards to Ghanaian citizens.

“In line with the directive from the Government of Ghana to roll out the National Identification System (NIS), the National Identification Authority (NIA) will be responsible for ID card registration and instant issuance across Ghana. The new “GhanaCard” meets all international requirements for identity documents, such as chip-embedded technology and biometric capabilities. This is the first nationwide instant issuance of eIDs in West Africa and the system will be deployed to 16 million citizens beginning in January 2018,” the company said.

Heather Morris, the Senior Manager, Global Communications of Entrust Datacard who said she could confirm only what is contained in the release, told ghanabusinessnews.com on the phone today January 5, 2018 that the mass registeration of citizens will begin this January as stated in the press release.

Efforts by ghanabusinessnews.com to reach officials of the NIA were unsuccessful.

The government in the 2018 budget allocated GH¢200 million for the project.

The Vice President Mahamadu Bawumia recently said after the launch of the digital address system in the country, “It is all digitizing in Ghana; we are moving to get these things done. The National ID is very critical for everything that we are going to do going forward. Whether it’s health, whether it’s education, taxation; everything will now be dependent on your National ID number, which will be your unique ID which will follow you from birth all the way to death.”

The process can however start after the amendment of the National Identification Authority Act, 2006 (Act 707). Parliament therefore passed the Act under a certificate of urgency on November 16, 2017. Soon after the Act was passed, the Executive Secretary of the NIA, Ken Attafuah told journalists that the president was going to assent to the Act that weekend. Mr Eugene Arhin, Head of Communication at the Presidency told ghanabusinessnews.com on the phone that the president has given assent to the law. He couldn’t however immediately say the exact date he did. The President having assented to the Act means that indeed, the mass registeration and issuance of the card could begin.

“We are proud to introduce the first instant identity issuance in the region which improves the NIS experience for citizens and ensures social inclusion. We are also grateful to our subcontractors who have helped us launch and facilitate the National Identification System,” Attafuah was quoted as saying in the release.

The prime contractor for the project is Identity Management Systems Ltd.