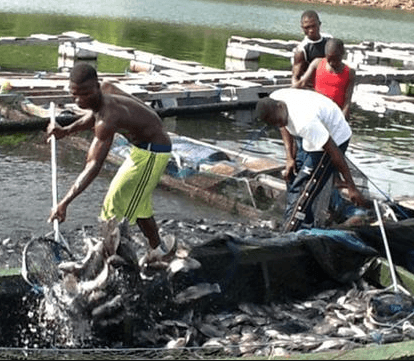 The Fisheries Alliance, an advocacy group, has condemned the alleged massive diversion of 249 tankers of pre-mix fuel.

Mr. Samson Mahu, Chairman of the Volta Inland Fishermen Association, who spoke on behalf of the Alliance at a press briefing in Accra said, the fact that premix fuel was highly subsidized, corruption in its management “is simple thievery of the common tax payer.”

He said whilst the local fishermen, who the premix fuel was meant for, were not receiving the product; most of the diverted premix fuel was being sold to unsuspecting drivers, leading to damaged car engines and breakdowns.

Mr. Mahu said the Alliance had made official complaints on the matter to the Ghana Police Service, the Parliament of Ghana and other relevant Agencies, but “we are yet to receive any favourable response from them.”

He said the Alliance intends petitioning the Economic and Organised Crime Office and the Commission on Human Rights and Administrative Justice on the matter.

“We also want to put on record that we are not satisfied with the proposed actions in the joint statement issued by the Ministries of Fisheries and Energy,” he said, adding that, “many individuals are now lifting premix fuel in their individual or private capacities and making profit from our taxes,” Mr. Mahu said.

Mr. Mahu said an investigation should be conducted into the diversion of the over 249 tankers of premix fuel and all persons found culpable prosecuted.