Government says to recruit 17,000 youth for afforestation in 2018 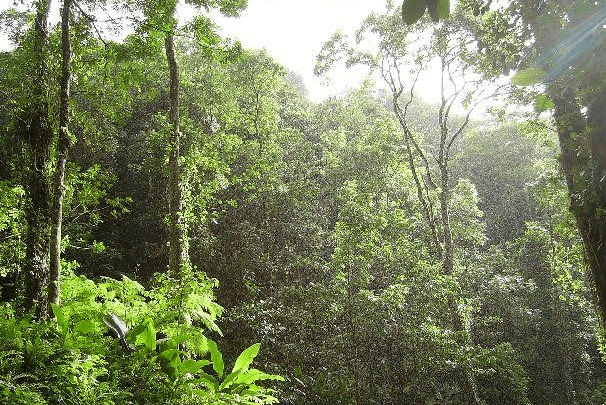 The government will recruit 17,000 youth next year to undertake aforestation programme on reclaimed mined areas across the country as part of the implementation of the Multilateral Mining Integrated Project (MMIP).

The recruitment would be undertaken by the Forestry Commission in collaboration with the Ministry of Lands and Natural Resources.

Mr Benito Owusu-Bio, a Deputy Minister of Lands and Natural Resources, made the disclosure at Dunkwa in the Upper Denkyira East District of the Central Region when he and other government officials visited Richie Plantation Limited, a firm that raises palm seedlings, to inspect palm seedling nursery.

He said those who would be employed under the programme would be distributed to the various metropolitan, municipal and district offices of the Youth Employment Authority who would raise seedlings and support the government’s afforestation programme of recovering degraded mined areas.

The Deputy Minister said each person that would be recruited under the programme would be paid GH400.00 a month.

He said the afforestation programme would provide alternative livelihoods for illegal miners who had been rendered redundant following government’s moratorium on all forms of small-scale mining activities across the country.

He said the Government was not against mining but wanted mining to be conducted in a sustainable manner.

He said government would offer support to the Richie Plantation Limited under the Minerals Development Fund in order to raise more seedlings for farmers as part of the government’s afforestation programme.

He said government would support other firms undertaking similar projects in other regions to raise cashew and cocoa seedlings for farmers.

Mr Richard Ekow Quansah, the Chief Executive Officer of the Richie Plantation Limited, said the Company raised 450,000 palm seedlings in 2017 and targeted to raise one million seedlings for distribution to farmers free of charge.

He said his company had recruited 400 people out of which 150 were women who served as helpers at illegal mining sites and 10 male illegal miners.

Mr Quansah said the project started in Prestea Huni-Valley in 2007 in the Western Region and moved to Dunkwa-Anyanfuri in the Central Region in 2013 with support from HIPC Fund.

He said it also support farmers to clear their lands and prepare them for cultivation.

He said the Company received three million Ghana Cedis this year from the Ministry of Lands and Natural Resources for expansion of the nursery project.

Richie Plantation Limited buys the hybrid palm nuts for 80 pesewas and GHȼ8.00 per seedling from Ghana Samatra at Kade in the Eastern Region and raised them at its nursery site in Dunkwa.

It has two irrigation ponds with sprinklers that water the seedlings daily.

Palestine Solidarity Campaign to hold demonstration in Accra over Jerusalem