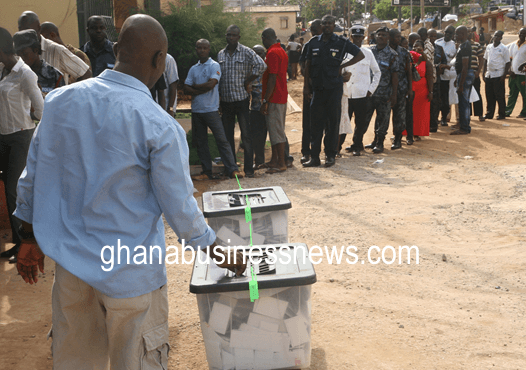 The Human Rights Court, (High Court Division) on Monday gave the Electoral Commission (EC) 12 months to implement the Representation of the People Amendment Act (ROPAA) which gives all Ghanaians living abroad the right to register and vote.

Since the passage of the ROPAA bill into law (Act 699) eligible citizens living abroad have the right to register and vote in Ghana’s elections.

The judgement also brings to rest the over eleven year’s hustle of implementing the ROPAA law since it was enacted in 2006.

Ghanaians working at embassies and state institutions were only allowed to vote thereby disenfranchising other citizens working abroad.

The court noted that the EC had failed to justify reasons over the delay in implementing the ROPAA law, Act 699, adding that the non-compliance of Act 699 constituted a breach of fundamental human rights under Article 42 of the 1992 Constitution.

It further upheld an order of mandamus issued by the applicants noting that the “order of mandamus must lie to compel the EC to perform its duty by ensuring that a Constitutional Instrument was prepared towards the implementation of the law”.

According to the court, the EC over the last decade had not been desirous towards the implementation of the ROPAA law and attributed its inability to non-availability of funds, inability to find proper voting centres, among others.

The EC has not been desirous to seek assistance from its stakeholders, rather they have shut their doors to wise counselling that emanate from the public.

According to the Court the EC’s conducted could be likened to a man scratching his head and biting his fingers and asking “how ROPAA could be implemented?”

The applicants who are members of the Progressive Alliance Movement, a non-government organisation, are Kofi A. Boateng, Nellie Kemevor, Obed Danquah, Christiana Sillim and Agyenim Boateng, all residing in New York State and Kentucky in the USA.

They were praying the court for an order of mandamus directed at EC particularly to forthwith, uphold or ensure full compliance or operationalisation of the Act 699.

The applicants were seeking a court declaration of their fundamental human rights under Articles 17(2), 42 and 33(5), of the 1992 Constitution of the Republic of Ghana, the Representation of the People (Amendment) Act 2006 [Act 699].

They further held that they should be allowed to vote in public elections including Presidential and Parliamentary elections.

The EC told the court that it had plans to implement the law and should not be compelled to do so.

It also challenged the process by which the applicants invoked the court’s jurisdiction as wrong while insisting that the right to vote is not a human right.