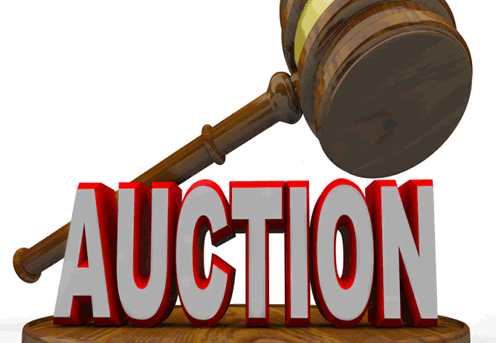 Justice Vida Akoto Bamfo, a Justice of the Supreme Court, has said the profession of auctioneering plays an important role in Ghana’s justice delivery system.

She said since the coming into force of the Auction Sales Act, Act–1989 (PNDC LAW 230), which provides legal effect to the practice of the profession, auctioneers have been responsible for the disposal of properties in civil proceedings and criminal trials in the courts and assisting the Judiciary to realize the funds needed to compensate the aggrieved parties.

Justice Bamfo said this when she read a speech on behalf of the Her Ladyship the Chief Justice, Sophia A. B. Akuffo at the launch of the new name and logo of the Ghana Auctioneers Association (GAA) in Accra .

The GAA is now the “Ghana Institute of Auctioneers (GIA).

The launch brought together members of the Association across the country to witness the name and logo changing ceremony.

She said there is the need for the Association which will now be known as the Ghana Institute of Auctioneers to reflect on its desire and commitment to bring its operations in line with international standards.

Justice Bamfo said the recognition of the invaluable contribution of auctioneers to the justice system, could not be denied and that the actions of some of the members of the institute have adversely impacted the work of the Judiciary.

The Justice of the Supreme Court said the general comportment of some auctioneers in court leaves much to be desired and betrays the lack of professionalism and an attitude of levity towards the work of the court for which the services of auctioneers are sought.

She said some auctioneers lack sufficient education and professional training to meet the present demands of the profession, adding that, “It cannot be right that in 2017, many auctioneers operate without offices and  recognised telephone numbers, let alone email addresses”.

“Also most of our auctioneers cannot legitimately carry out their works as auctioneers because they do not have garages and warehouses and this are facilities that are so fundamental to the practice of the auction profession.”

Justice Bamfo said the Judiciary was ready to support any initiative for amendments to the Auction Sales Act, Act–1989 (PNDC LAW 230), to bring the profession of auctioneering to acceptable international standards.

She said the judiciary was ready to engage with the institute periodically to consider workable strategies to improve the working relations between the Courts and the institute and was open to discussions on the current payment system of auctioneers’ commission.

Justice Bamfo said globally, the face of the profession has undergone tremendous changes as public auctions were now conducted online and commended the leadership of the institute for their decision to transform to another entity.

Mr Calvis Okine, President of the GAA, said the license auctioneer was obliged to always make sure that his auctioneering practice conforms to the auction sales Act 1989, Act 230 and to auction the goods in an open and transparent manner.

He said the business of an auctioneer was not within the definition of a trader and that auction was a public competitive sale of advertised goods in which the auctioneer obliges himself and his principal (the Vendor) to transfer the goods to the highest bidder.

Mr Okine said leaders of the GAA a few years back started reforms in the organization for which the Auctioneers Registration Board was formed to  issue licenses to newly applied auctioneers when the applicant passed a written examination and undergone a year’s apprenticeship.

He said the GAA has adopted a new Constitution and a Code of Conduct to ensure more discipline and best auction practices and membership will now be categorized into classes.

The President said the institute will now employ an administrator as its Secretary and has already created website: www.ghanainstituteofauctioneers.com  to provide a platform for all members to advertise properties for auction sale.

He called on the Auctioneers Registration Board to make the CPD and auctioneers offices as part of the requirement for the annual renewal of auctioneers license.

GAA is the only umbrella body for all practicing license auctioneers in Ghana and was regulated by the Auction Sales Act 1989, Act 230.