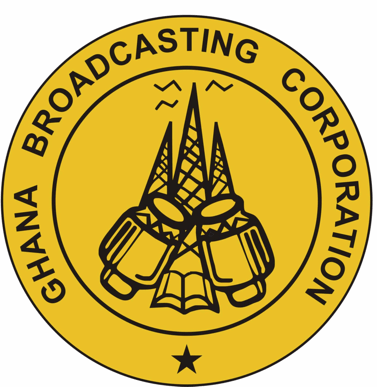 Mr Joseph Osei-Owusu, First Deputy Speaker of Parliament has directed the Communications Committee of Parliament to furnish the House with a detailed report on how much debt the state broadcaster, the Ghana Broadcasting Corporation (GBC) owes and how much is owed it, and who.

This follows an application by the Majority Leader Osei Kyei Mensa-Bonsu, demanding details of how much GBC received as proceeds from advertising campaign messages for political parties in the run up to the December 2016 general elections.

Mr. Speaker, let it be the assignment of the committee, before they talk to us about any indebtedness,” the Majority Leader said, in a contribution to the debate to approve the 2018 Government budget allocation to the Ministry of Information.

Government has in the 2018 Budget reduced the allocation to the Ministry of Information from GH¢141 million in 2017 to GH¢107 million, and that has attracted criticisms from the House. The Ministry made a budgetary request of GH¢184.86 million for the 2018 financial year.

The Agencies and institutions responsible for the implementation of the policies and programmes of the Ministry are the Ghana News Agency (GNA), Information Services Department (ISD) the Ghana Broadcasting Corporation (GBC), Ghana Publishing Limited, the Graphic Communications Group Company Limited and the New Times Corporation.

The Ministry of Information exists to facilitate free flow of adequate, timely and reliable information and feedback between the Government of Ghana and its various publics for socio-economic empowerment and enhanced democratic citizenship.

However, Members of Parliament, in contributions to the debate on the annual budget estimates on the Ministry regretted that Government has reduced, “capped” the allocation of the budget to the Information Ministry, noting that, it would plunge the institutions into further distress.

From logistics constraints through shortage of staff, to power cuts due to non-payment of electricity bills, the House called for effective measures to address the challenges of  the GNA, GBC and the ISD to really fulfil their expected assigned roles.

During contributions on the motion to approve the budget, it came to light that the GBC indebtedness had let to power cuts, which had negatively affected its operations. Conversely, a number of political parties and state institutions, including Parliament are in arrears to the GBC.

However, Mr Kyei-Mensa-Bonsu said proceeds from coverage of political parties’ activities should be accounted for before government looks at possible ways of helping GBC settle its indebtedness of about GH¢44 million.

The Majority Leader called for a forensic audit into the activities of the GBC, saying, “Mr. Speaker, the Ministry stands for transparency, accountability in government and GBC should radiate same principles. In the lead up to the elections, we know of private media houses that took advertisement from the various political parties.

The GBC and Ghana Television run a number of advertisements for various political parties.

Concerns have been raised about government’s continuous support to the state broadcaster, with suggestions that that GBC should be self-sufficient by generating its revenue to run and pay its staff without relying on government subvention.

It came up that government allocation to GBC for next year had been reduced by 27 per cent.

Mr. Osei Owusu was of the opinion that given the infrastructure that it has, GBC ought to be in a good standing despite its indebtedness but a detailed report on its financial books will better advice the House.

Alhajji A.B.A .Fuseini, the Ranking Member on the committee on Communications, said if government was to be paying for coverage of national events, GBC would have been on a sound financial footing.

Other budgets approved were that for the Judiciary and Judicial Service, which were jointly allocated GH¢375 million and the Ministry of Water Resources and Sanitation which had GH¢183.6 million.