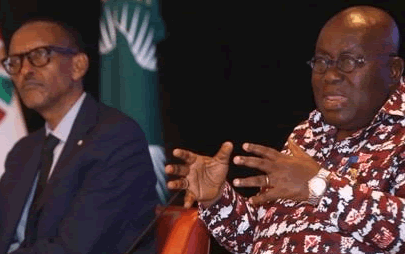 President Nana Addo Dankwa Akufo-Addo on Monday underscored the need for African leaders to implement the Sustainable Development Goals (SDG’s) to transform the fortunes of the Continent.

He said it was imperative that the Continent’s leaders committed themselves to, and acted with urgency in, the pursuit of the SDG agenda, as the programme would get the masses out of poverty and deprivation, as well as address the many other developmental challenges of Africa.

“If we are to succeed in our noble ambition to transform our continent and pull masses of our people out of poverty and deprivation, Africa must pursue the implementation of the SDGs with a strong sense of urgency and an unparalleled commitment to act now,” the President said.

“No group of persons has more to gain from the successful implementation of the SDGs than the African peoples,” President Akufo-Addo said at the Africa Roundtable on the United Nations SDGs, held at the Kempinski Hotel in Accra.

The programme was under the theme: “Mobilising Support and Accelerating Implementation of the SDG’s.”

The President was optimistic that Africa had the knowledge, talent and resources to move from poverty to prosperity even though the challenges to achieving the SDG’s were significant.

However, he was of the opinion that it would take selfless and empowering leadership, coupled with smart and progressive policies, to bring the transformation that the Continent needs.

President Akufo-Addo noted that despite democracy gaining roots on the Continent, and the positive economic strides, there were justifiably pressing demands to address issues of widespread unemployment and the sense of hopelessness in the future, that compels large numbers of Africa‘s youth to travel across the Sahara Desert and traverse perilous oceans in search of a better life in the developed world.

“As we endeavour to address these challenges and the huge expectations that citizens have, we have great prospects in using the SDGs to open up opportunities for all citizens, and do so in ways that leave no one behind,” he said.

“We have an exceptional opportunity going forward, in translating the extraordinary goals enshrined in the SDGs to end poverty, protect the planet and secure prosperity for all,” he said.

The President said he had taken a strategic decision to prioritise championing accelerated implementation of the goals in Africa “because the deficit in human development is highest on our continent.”

“If we are to succeed in our noble ambition to transform our continent and pull masses of our people out of poverty and deprivation, Africa must pursue implementation of the SDGs with a strong sense of urgency, and an unparalleled commitment to act now,’’ he said.

President Akufo-Addo noted that the inability of Africa to develop was hinged on bad governance, saying; “We must make governance and our governance systems work for the eradication of poverty and the creation of prosperity and wealth. And, as we embark on this path, we must commit to building accountable and transparent institutions.”

“We cannot grow out of poverty and achieve the SDGs through charity and the benevolence of others. If we are going to succeed to move Africa Beyond Aid, this cannot be a mere slogan. It will take doing business differently, and making the tough choices necessary to accelerate inclusive growth in the economy,” he said.

Rwandan President Paul Kagame, who took part in the Roundtable, said Africa must leverage on the SDG’s to transform the lives of her people.

He underscored the need for African nations to put premium on the development of the private sector, as a means for growth, wealth creation and the elimination of poverty.