Africa is not free from colonial past – Lecturer 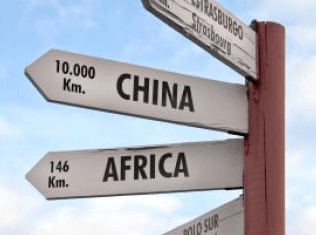 Professor Samuel Kwaku Bonsu, the Dean of Ghana Institute of Management and Public Administration Business School, says Africa is not free from its colonial past despite the independence of the countries on the continent.

Prof Bonsu said colonialism persisted today in a disguised form as exemplified in the practice and outcome of development in Africa, adding that development, as practiced today, tortured the African existence and rendered the African inferior to other global counterparts.

Speaking at an inaugural lecture in Accra, on the theme “The Tyranny of Development-Making Markets and Consumers in Post-Colony”, Prof Bonsu indicated that under the guise of development, sponsors continued to subjugate Africans, and subtly entrenching the colonial trope of inferior Africa.

He said “Based on Europe’s historical experience, development planners expected increased cooperation between the North and South to lead to increased global demand and supply as well as a wider variety of goods and services on the market”.

The Professor noted that the relics of colonial control had led many Africans to lose their identities.

“We accept Western norms as the standard for all things, while the local is cast as inferior. This perpetuates the situation whereby Africa has to rely on “colonial” experts in present-day development”, he added.

According to him, the tyranny of development was most visible in “development aid” and was of the view that President Akufo-Addo’s plea for Africa to move beyond Aid was based on the observation that Africa was capable of taking care of herself if granted a level playing.

He said almost 70 years of active development had yielded only marginal reprieve from human misery especially in Africa, and that by measure, development had reneged on its promises, providing instead, an institutionalized violence of inequality and economic subordination of the poor.

According to the Professor, development created employment and markets for western sponsors while converting the African into a mere consumer of western ideologies, ostensibly for the benefit of the sponsors.

He said although there was talk of improved development and an improvement in the conditions of the world’s poor today, the overall picture of global poverty is not much different from the 1980s.

Prof Bonsu said research had revealed that, the majority of the world’s population still lived in poverty, while some have argued that development interventions have worsened underdevelopment and disenfranchisement.

He said Africa was endowed with a tremendous wealth of resources, stating that according to a December 2016 report, Guinea produces about eight per cent of total world bauxite; Zambia and

Prof Bonsu said the report said Ivory Coast and Ghana produces over two-thirds of the world’s cocoa, but these resources have not helped improve the conditions of the average person in Africa.

“We have excellent local expertise but our benefactors stress the lack of local capacity to manage and process our resources for global markets; so we rely on expats for everything”.

Prof Bonsu was of the view that development in African post-colony was still grounded in colonial ideologies that rendered the African inferior to their Western counterparts.

He said there was the need for a new development order that values African lives and offers a balance of benefits for both Africa and the West.