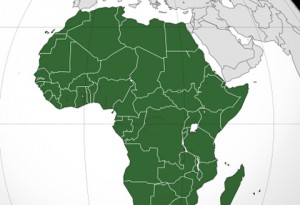 Mr Cyril Ramaphosa, Deputy President of South Africa, has said science and technology are crucial drivers for the rapid socio-economic development of African nations due to its multiplier effects on all sectors.

He said making available finances and developing the requisite infrastructure for science, technology and innovation (STI) to thrive would accelerate the continent’s development aspiration to an acceptable level.

Mr Ramaphosa was delivering the keynote address at the opening of the Science Forum South Africa (SFSA 2017) conference in Pretoria, South Africa.

The two-day event was organised by the Department of Science and Technology in collaboration with the National Research Foundation and the Council for Scientific and Industrial Research, and themed: “Igniting conversations about Science.”

He said Africa’s development need to be integrated through science and technology underpinned by “Smart strategies, smart workings, imbued with cleverness, innovation and new inventions. It is time to work diligently.”

He said the youth must be given cutting-edged platforms and be allowed to dissipate their inane talents in a constructive manner towards innovation and inventions and “When they reach their pinnacle, it opens up new pathways for development to thrive.”

The Deputy President urged the continent’s major stakeholders to unchain the constraints of young people and allow them to explore their inane talents to become competitive and versatile in the industrial revolution of today.

Mr Ramaphosa said South Africa is committed to investing in science and technology to lead a knowledge economy and massive science revolution of the continent and share progress with compatriots for growth and development.

He urged Africa to detest the wholesale consumption of foreign technology but develop and manage home-grown technologies that could stand the test of time.

Professor Sarah Anyang Agbor, African Union Commissioner for Human Resources, Science and Technology, said one of the continental legitimacy for accelerated development was to place science, technology and innovation (STI) at the service of the African people, noting that call for action to work together for a prosperous continent as enshrined in the 2063 development framework attest to the fact to mainstream STI.

She acknowledged that the infrastructural development of South Africa including its roads, bridges, rail, telecommunication suggest that duty bearers are doing something positive about STI.

Prof Agbor said the continental framework to transform Africa into a strong knowledge-based entity underpinned by inclusive education, training and efficient vocational and technical skills acquisition would be the fulcrum around which “Job creation and not job seekers would revolve.”

She said the Pan-African university concept spread in the five geographical regions of the continent is taking shape and challenged major stakeholders including the academia, parliamentarians, the private sector, both governmental and non-governmental institutions to take charge.

The Commissioner urged the African Academy of Sciences and country-led academies and the media to engender discussions and set the agenda for acceptance and factoring STI into all development paradigms hoping these would inure to Africa becoming “a land of paradise.”

He said “if the six best economies of the world can be led by Africa, it means we can excel when we put human and material resources, where it is needed most,”

Mrs Naledi Pandor, South African Minister of Science and Technology, said science should occupy the core of development agenda in Africa in order to advance excellence, quality socio-economic development for the value that is derived from these establishments.

She expressed optimism that the Forum would promote international collaboration for scientists and researchers not only becoming stronger in Africa but globally as well.

Mrs Pandor called for profiling of science and technology for global cooperation and development of the capacity of the continent, build continental consensus, network, and form relationships in a bid to change the fortunes of Africa for the better.