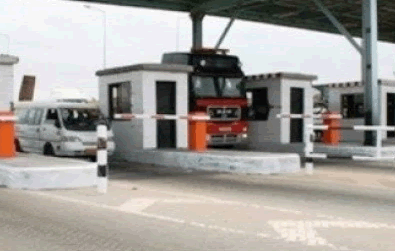 Mr Gilbert Kennedy Asmah, the Municipal Chief Executive (MCE) of Tarkwa Nsueam has indicated that revenue collection at the Bonsa toll booth has started and was on trial for a period of one month.

He said the revenue collection which begun on December 1, would provide employment for Persons with Disability within Bonsa and Agona Wassa.

Mr Asmah made the announcement during the second ordinary meeting of the second session of the seventh assembly.

He said to collect revenue electronically with GPS and identify uncaptured properties to be taxed, Greenfield Limited, a revenue mobilization company, was expected to make a presentation to the Assembly before the end of the year for consideration.

He said the Assembly had improved in terms of revenue generation and was hopeful that they would exceed their estimated total target before the year ended.

He noted that to increase productivity, the Local Government Service has introduced a biometric clock system to all district assemblies to ensure that workers reported to work early and closed at the time scheduled.

Mr Asmah said staffs of the Tarkwa Nsueam Assembly have been given the necessary training on the system which would be implemented soon.

Addressing Assembly members and Heads of Department on Health, Mr Asmah said a German International organization in partnership with the Ministry of Health would construct a hospital to replace the Nsueam Health Centre.

In addition, he indicated that the Saint Matthew Catholic Church has expressed its desire to put up an orthopaedic hospital in the Municipality and stressed that plans were far advanced for the project.

He also said CHPS compound at Mile Ten and Half would be connected to the national grid whilst street lights from Bogrekrom to the Tarkwa Municipal Hospital would be operational soon.

Under the ‘one district, one factory project’, the MCE explained that quarry machines have been procured to set up a quarry at AngloGold Ashanti and Iduapriem mines.

He said to create employment for about 10,000 people; a shaft was being fixed at an underground mine in Maxxam’s office at Akoon.

Mr. Asmah said during the last Western Regional National Association of Local Authorities of Ghana (NALAG) delegates’ conference, the Presiding Member of the Assembly, Mr. Benjamin Kessie was elected the regional representative of the Association.

The MCE congratulated Mr. Kessie officially and called on him to use this position to bring positive results in local governance to the Municipality and the country.

He assured residents of Tarkwa Nsueam that grading of the Adieye-New Techiman road as well as other feeder roads in the Municipality would begin within a week.

Negotiating contracts in Africa: How continent sells out its birthright