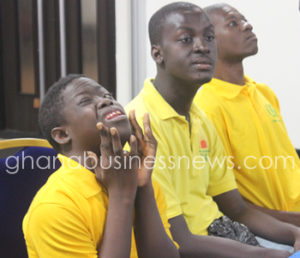 He said this was necessary because there are hundreds of well educated Persons With Disability (PWDs) whose energies, creativity and intellect could be tapped for national development.

Mr. Yeboah made this known on Monday in an interview to commemorate this year’s United Nations International Day of PWDs.

The Day, which was on the theme, “Transformation towards sustainable and resilient society for all”,  sought to highlight the challenges PWDs went through in seeking jobs and how the challenges were preventing the creation of  an inclusive and sustainable society.

He said in view of the high unemployment rate among the PWDs, the CEA, which was an advocate for PWDs, had submitted a list of unemployed graduates with disabilities to the government to be considered for employment.

He stated that, “It has always been extremely difficult for graduates with disabilities to find jobs. This is mostly due to the failure of successive governments to fully implement laws protecting the rights of people with disabilities, the freeze on public sector employment as well as discrimination and related barriers.”

He observed that providing jobs for persons with disabilities should not be seen as giving favour to such people “or as a gesture borne out of sympathy, rather it should be regarded as a fulfillment of responsibility by a government that is committed to providing equal opportunities and rights to its people.”

He said PWDs had right to basic resources like healthcare, education and employment, adding that “beyond this, there are specific provisions in the Persons With Disability Act as well as the Labour Act which require government to ensure the registration, training and employment of PWDs.”

Mr Yeboah commended the past and present governments’ efforts to make the lives of PWDs comfortable and outlined suggestions that could help advance the cause of PWDs.

He called for the formulation and implementation a comprehensive and specific policy on employment for PWDs, saying that “the current laws don’t go far enough in addressing the employment needs of PWDs.”

He observed that such a policy could require both private and public institutions to have a certain percentage of their employees as PWDs, and the direct posting of PWD graduates who studied Education just like those from the teacher training colleges.

Mr. Yeboah urged the government to collate data on PWDs who completed tertiary institutions every year “to enable government keep accurate information on both employed and unemployed graduates with disabilities to allow for proper planning.”

He also advocated for increased support for vocational training and other alternative employable skill training areas to enable such persons to engage in income-generating activities.

He advised government to always broaden its stakeholder engagements anytime a policy or programme was to be drawn for PWDs to include all categories of PWDs, organizations that were directly or indirectly involved in disability issues as well as young people with disabilities.

According to him, “This will bring on board diverse perspectives to enrich such policies thereby resulting in programmes which are appropriate and satisfying to the majority which would lead to the creation of an inclusive and resilient society for all.”