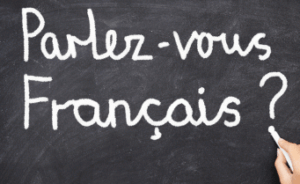 The move is to help attract and boost the morale of French teachers, and encourage students to develop keen interest in the study of the language to make them multi-lingual.

Mr Essuman said this in response to questions raised at a town hall meeting held at Mankessim on Tuesday to account to the people as well as seek their opinions on the execution of projects, policies and programmes to accelerate national development.

There were separate presentations on the government’s major policy initiatives such as the Free Senior High School (SHS), Planting for Food and Jobs, One District, One Factory, the Assembly’s 2017 financial statement among others.

The MCE advised all stakeholders to stop the blame game and work in unity with the Assembly to achieve the intended objective of providing quality education to improve on academic performance in the Municipality.

He called on the people to fully get engaged in the national transformation agenda by actively participating in local governance for national development.

Mr Essuman said the Assembly remained committed to its assigned roles and would ensure the provision of social services and infrastructure, as well as the promotion and coordination of local economic activities to boost the growth of the Municipality.

“As a Government, we are determined to bring development and prosperity to the masses by providing impartial, fair and equitable development to every nook and cranny of the country,” he said.

Mr Ekow Kwansah Hayford, the Member of Parliament (MP) for the area, mentioned Government’s plan to deploy environmental health officers to communities as part of efforts to bring back the “Saman Saman (hygiene and environmental inspectors)’’ or “Tankase” to inspect markets, residential premises, food and business joints, restaurants and public places of convenience to ensure cleanliness.

He therefore called for support to strengthen the capacity of the officers to ensure effective monitoring and rid the area of filth.

Mr Kwansah said the World Health Organisation reports indicated that most illnesses emanated from the consumption of unwholesome foods, which was a widespread health problem and urged the health officers to act quickly to reverse the trend.