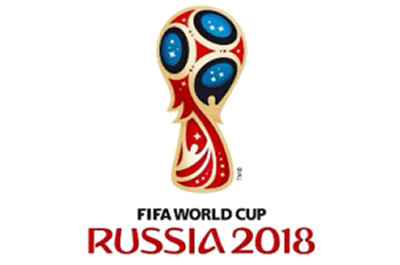 The 2018 World Cup will be a little bit strange for much of the world. In Ghana, it will be something of a sad occasion as the national team missed out this time around. In Europe too, some major fan bases will have to get used to the idea of a World Cup without their teams; the Netherlands and Italy in particular are two glaring absentees from the tournament. And of course, the United States , taking one of the largest viewer markets out of play.

If we know anything about the World Cup, however, it’s that it tends to capture the whole world’s interest regardless of team allegiance. Many in Ghana will likely tune in next summer, whether to cheer on other African sides like Senegal or Tunisia or simply to take in the best soccer on the planet. And even with the aforementioned large US market potentially less interested than usual, analysts are predicting that the 2018 World Cup could be a record breaker for soccer betting – which if true means it could approach records in viewership as well.

In short, the World Cup is going to be just as big a deal as always. And now that the groups have been drawn, soccer fans around the world can at last begin to dissect potential matchups and look at which nations have the chance to reach the knockout rounds. Here’s our early look at the eight groups.

One of the main takeaways from FIFA’s World Cup draw was that Russia – the host nation – got off easy. Egypt and Saudi Arabia are both significant long shots to advance, which makes things simple for Russia and makes this group easy to project. Uruguay is the likely group winner, but it should be Russia and Uruguay in one order or another.

This too is a group with a fairly clear top tier, though Morocco is no pushover these days. Nevertheless, it would be a true shock if Spain and Portugal don’t advance – and probably in that order.

France is in the midst of a national team resurgence, with a young and talented side that will justifiably be among the favorites for the 2018 World Cup. The French should run away with this group, though it’s a stronger group than it looks like at first. Though the FIFA world rankings are often dismissed as being somewhat misleading, Peru and Denmark are 11th and 12th respectively. Denmark probably has the slight edge to advance behind France.

This should be an interesting group because the teams are fairly evenly balanced, with Iceland perhaps a step beneath the rest. Argentina is a big name but flirted with disaster in qualifying and barely made it in. It’s entirely possible that Croatia and Nigeria both advance, though right now we’d pick Croatia and Argentina as the teams to move on.

There is no “Group of Death” in the traditional sense in this World Cup draw, perhaps because the draw as a whole is slightly weaker than we’re used to. But if there is a closest thing to a Group of Death, it may be Group E. These are four strong teams, and while Brazil will be viewed as a Cup favorite and a virtual guarantee to advance, it will be tight (and entertaining) between the other three countries.

All eyes will be on Mexico in Group F. Germany is the group’s best team, and another overall favorite for the Cup. Mexico is probably the most talented side after Germany, but will face stiff competition from Sweden (with South Korea likely a step slow for this group). Whichever team between Mexico and Sweden that doesn’t advance will be sorely disappointed.

This group resembles Group B. There are two clear favorites, there’s an African side that’s better than people realize, and there’s a fourth team that probably won’t do much damage. Panama is one team that can claim to have made it in as a result of the Americans underachieving, but likely won’t advance. Belgium and England are well out in front here, but Tunisia is capable of being a disruptive team in the group.

Group H is one of the most balanced, and should be among the most competitive. The odds will favor Colombia to win, but this may be the only group in which each of the four teams appears to have a legitimate opportunity to advance. We’d pick Colombia and Senegal, it’s anybody’s guess in this exciting group.