Ellembelle District to get polyethylene plant 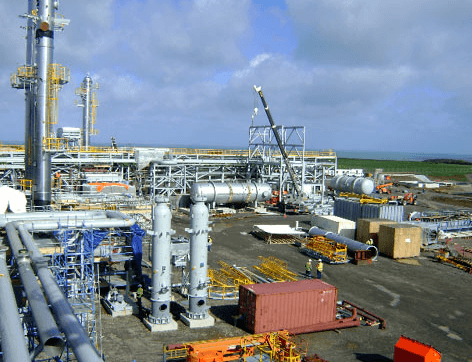 Processes have commenced for the construction of a polyethylene plant in Esiama in the Ellembelle District of the Western Region.

The project, which is an initiative of a consortium of Ghanaian investors in collaboration with the Ghana National Gas Company Limited (GNGC), forms part of the government’s One District, One Factory Policy.

The project also feeds into the 2018-2021 Medium-Term Development Plan (MTDP) of the Ellembelle District Assembly which aims at creating jobs and accelerating economic development.

Two hundred direct jobs and about 1,000 indirect employment opportunities are expected to be created under the project.

This initiative comes at the heels of the growing demand of plastics and its related products, especially in the West African sub-region.

Under the project, ethane which is the main raw material for the production of plastics, would be sourced from the Atuabo Gas Processing Plant.

The Atuabo Gas Processing Plant currently produces ethane of about six to 10 percent of its gas content which means the off-take agreement under the project for the provision of ethane from Atuabo to the polyethylene plant would ensure constant supply of raw material for production.

In an interview with the District Chief Executive (DCE) of Ellembelle, Mr. Kwasi Bonzoh, he said the implementation of the initiative would “make the district a hub for the export of plastics and plastic products to other countries”

“This would help create jobs and add to government’s revenue mobilization. Benefits include the opportunity to advance local content, employment, economic diversification and the application of advanced technologies in the growing oil and gas industrial chain”, he said.

“The polyethylene plant will adopt a splitting decomposition technology. The technology has the advantages of lowest unit cost, less investment and less pollution”, he said.