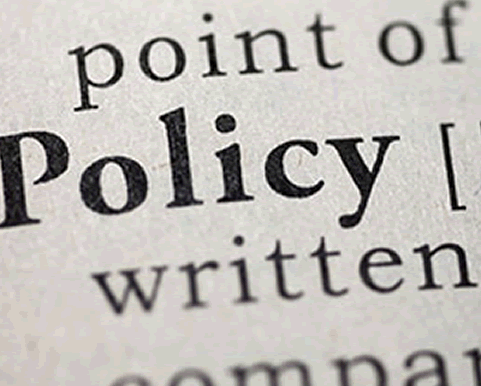 The Chartered Institute of Logistics and Transport (CILT) has indicated that for government to carry out excellent road expansion projects, it must consider the dualisation of all major highways.

A statement issued by CILT and copied to the Ghana News Agency said government must take keen consideration of this so as to avoid head-on collisions on major roads and reduce its effects on the economy.

Mr Ebo Hammond, President of CILT-Ghana, said the Institute’s Council had presented some policy recommendations to Mr Anthony Abayifaa Karbo, the Deputy Minister for Roads and Highways at his office in Accra.

Mr Hammond indicated that key highways including; Elubo-Takoradi-Cape Coast-Accra-Aflao and Accra-Kumasi-Tamale-Paga need consideration since they were the key road-spine of the country.

“Their development may be done in phases with funding arrangements such as BOOT and other PPP types,” he said.

According to him, CILT Ghana as a professional body for transport, logistics and supply chain that wholly understand the core business of the ministry and its agencies is presenting some policy recommendations to the ministry in their efforts to support government to achieve its objectives in the road sector.

While commending government for already taking certain bold steps in the road sector, CILT proposed that road projects, both new or re-modeled, in the cities should have dedicated lanes for emergencies and high occupancy buses to help facilitate emergency medical evacuation and to facilitate BRT.

He averred that the Institute holds government in high esteem over steps undertaken to re-construct the 19.5 kilometre Accra-Tema Motorway into a six-carriageway to ease the flow of vehicular traffic and mentioned that it would enhance the economic productivity of the nation and improve bridges to assure public safety.

He said: “The Institute is happy to hear the assurance by government to ensure value for money in the award and execution of roads contracts.” Adding that the Institute’s recommendations, is the use of cement to construct roads in Ghana.

Elaborating on this, He enumerated that CILT supports the proposed policy of using cement to construct roads in Ghana as announced by the Vice President.

He said it would help find new jobs for the masons and other related artisans beyond the housing sector, apart from saving the nation its hard won foreign exchange and boosting local production of cement.

He mentioned that though using cement to construct roads in Ghana might be expensive, it would be cost effective because it would last longer than the usual asphalt roads.

“Government should consider purposively increasing the recruitment of physically challenged persons who have the ability to collect road tolls to help in social inclusion for this group.

“The MoRH may need to sanitise the illegal furniture on the highways and roads as there is a lot of clutter that block the view of motorists from seeing road signs/directions thereby endangering drivers and passengers,” he said.

According to him, there is the need to ensure standards for erection of billboards to prevent them from endangering motorists and pedestrians during storms as has been witnessed during stormy weather conditions.

“CILT also proposed a constant monitoring of major roads to ensure that faded road markings are remarked to improve night driving, especially in the absence of streetlights on most highways and roads, while recommending that “the ministry go back to study and take notice of the coherent and thoroughly researched Integrated Transport Plan (ITP) developed for Ghana in 2010 and forecasted through to 2035 for implementation was factored into the new transport policy.

“There is the need for most congested urban roads to be improved by opening up all access roads, slip roads, by-passes, one-ways connecting major roads to help decongest the cities and reduce urban travel time.

“We recommend that government consider professionals to execute such complex road works for which professionals of CILT could offer their expertise in the various aspects of managing the logistical and research aspects, among others of road development,” he said.

He however indicated that the Institute appreciates that for the purposes of focus, His Excellency the President has created various ministries with each taking care of aspects of the transportation system and advised that there should be constant coordination of strategies, programmes and plans among the transport-related ministries to help achieve synergy and avoid duplication of efforts.

He commended government and the Roads and Highways Ministry for the steps so far taken to review all road projects and urged the ministry to study the recommendations so that together, they could all fashion out modalities to make the road sector work better.

Receiving the recommendations from the CILT President, the Deputy Minister, Anthony Karbo gave the assurance that his ministry will take all stated recommendations to good use.

He however charged CILT to make further recommendations to government on possible ways of financing road projects in Ghana.

According to him, private sector involvement in the development of roads was important and that CILT must partner government to educate and create awareness on finding new financial mechanisms for the road sector.

On the use of cement for constructing roads, the Deputy Minister indicated that government was considering that strategy, but decision wouldbe taken after a committee set up to look at the cost benefits come out with its report and recommendations.

Mr Karbo also mentioned that leakages at the toll booths would be addressed while extensive consultations are underway to get persons with disability to man the various toll booths.