Set up development agenda in context of government policies – DCE 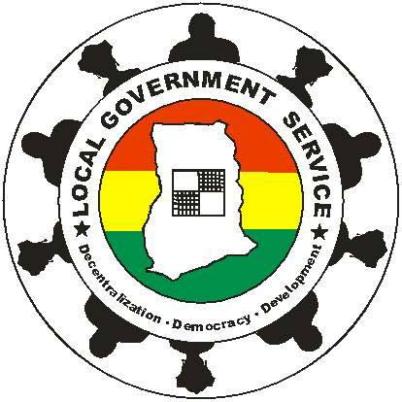 Mr. Thaddeus Arkum Aasoglenang, Nandom District Chief Executive has said there was the need for district assemblies to setup development agenda in the context of government’s development policies and programmes.

He said the intent of government could be translated into reality if the governing structures at the local and community levels had well-thought out strategies and plans of their own into which the government policies and programmes could be dovetailed and leveraged.

“We need to set the development agenda in the context of government’s development policies as they unfolded to get what we want for our people and our communities.

“Otherwise, there is the risk that they would remain external transpositions that would have little to no ownership and impact when they elapsed”, he said.

Mr Thaddeus Arkum Aasoglenang who said this at Nandom District Development Forum in Nandom, urged the people to depoliticise relationships and the way they did things.

“We should see politics in Nandom as a bargaining chip to get the needed resources for our development irrespective of our political orientations and we need for once to do away with cynicisms and pessimisms and work together”, he said.

The collective intention was to consider strategies and issues of significant relevance to the district’s socio-economic development and to come out with a 16 year non-partisan Nandom Development Plan in which subsequent Medium Term Development Plans would feed into, irrespective of who became the next district chief executive.

The Development Plan would revolve round eight thematic areas which include agriculture and rural development, infrastructure planning and development, education planning, reflecting on the possibility of establishing a specialised training institution such as French Teacher Training Centre and improving upon the Basic Education Certificate Examinations.

Others are; Efficient health care provision, reflecting on the possibility of establishing a specialised training institution, namely establishing of an orthopedic hospital for Ghanaians and the sub-region, traditional governance and indigenous development, local economic development, sustainable water resource management and women and development initiatives.

Mr Amidu Chinnia Deputy Upper West Regional Minister who addressed the forum, commended the Nandom District Assembly  for the role it played in mapping out strategies to enhance the socio-economic development of the district through a district development forum with identified key stakeholders across the region.

He said Ghana for the past two decades produced about five National Medium Term Development Policy frameworks and suggested that development plans from the districts and regions could be crafted to draw a national policy and interventions and harnessing each region and district resources base for its growth and development in line with the national development goal.

He observed that there had been a number of missing links between what the national development plans and what really existed at the regional and district levels.

He said despite several government pro-poor interventions, the poverty situation had become increasingly concentrated and more sever in the northern parts of Ghana and appealed to people in the region to think of a strategic path for accelerated and inclusive growth and sustainable development to eliminate poverty and immorality.

He tasked the forum to come out with a blueprint that would ensure every opportunity was exploited to create sustainable jobs, incomes and livelihoods and equitable access to quality essential services by the people of Nandom.

Farmers provided with alternative livelihood to save lake