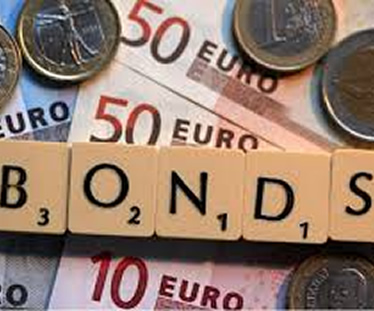 Ghana will be facing the risk of financing stress as payment of its international debts get near, according to a new report by Moody’s Investor’s Services.

In the report copied to ghanabusinessnews.com, Moody’s says the maturity wall is approaching for countries in sub-Saharan Africa, including Ghana.

Notwithstanding these debts, the country plans to sell some more bonds.

The frenzy with which African governments were borrowing from the international market without obvious due diligence compelled the President of the African Development Bank (AfDB), Dr. Akinwumi Adesina to sound a caution to these governments.

In August 2016, he warned African governments to steer clear of international borrowing, indicating that the economic down turn caused by the fall in commodity prices and slowdown in China will continue for up to three years, the Financial Times (FT) reported.

At the time, Dr. Adesina, told the FT that Africa was grappling with its worst economic slump in more than a decade, urging the governments to boost tax revenue.

Among other things the AfDB noted that African governments sold $12 billion of Eurobonds in 2015, compared with about $26.5 billion between 2006 and 2014.

“The weakness of many African currencies has meant debt service costs have soared in local currency terms, while several commodity producers are battling foreign currency shortages,” the report said.

Ghana alone sold more than $3 billion of Eurobonds since 2007.

According to Moody’s the risk will be test for sovereigns without long track records of repaying international bonds.

“The risk of financing stress among sub-Saharan African sovereigns will increase as we approach the peak of maturing international debt in the early 2020s. Several countries in the region already exhibit similar vulnerabilities to the emerging market debt crisis in the late 1990s,” David Rogovic, one of Moody’s Assistant Vice President – Analyst and co-author of the report was quoted as saying.

Moody’s notes that at the time they borrowed, some African sovereign issuers were able to borrow relatively cheaply, at longer maturities and in greater amounts relative to their domestic bond markets, as foreign investors were attracted to the region’s improving credit metrics, strong growth, and search for yield.

“The peak in sub-Saharan African bond issuance in 2014 coincided with a deterioration in credit quality as the growth outlook for the region dimmed due to a combination of weaker Chinese growth and lower commodity prices.

The commodity shock also hit government revenue and export receipts and contributed to a worsening of fiscal and current account positions, while currency depreciation increased the cost of servicing foreign-currency denominated debt. These negative trends have been evident in rating actions, with sub-Saharan African sovereign downgrades outnumbering upgrades 20 to 2 since the start of 2015,” it said.

Moody’s however indicates that while some sovereigns will manage difficulties rolling over debt, it expects problems to arise on a case-by-case basis.

“In addition to recent sovereign defaulters like Mozambique (Caa3 negative) and Republic of the Congo (Caa2 negative), existing credit weaknesses mean Gabon (B3 negative), Ghana (B3 stable), and Zambia (B3 negative) are most susceptible to the risk of financing stress given large Eurobond maturities falling due next decade,” it added.

Meanwhile, a range of factors mitigate related risks in sub-Saharan Africa, including the still relatively small share of commercial debt for most of the region’s sovereigns, the low share of short-term debt, and fixed interest rates on debt which counter the risks associated with a sudden spike in market interest rates.