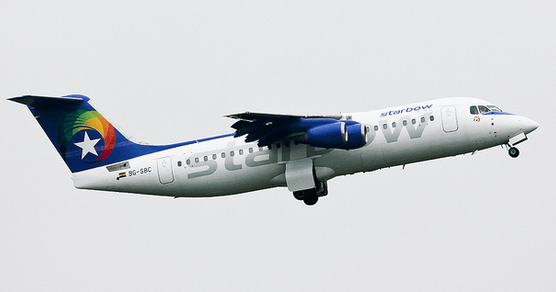 The Ghana Airports Company Limited and Ghana Civil Aviation Authority have confirmed the incident of Starbow Airline Flight S9 104 which occurred at 1220 hours on Saturday at the Kotoka International Airport (KIA).

The aircraft skidded off the runway during its take-off run.

It was bound for Kumasi with 63 passengers and five crew members. One passenger sustained minor injuries and is currently under observation at the clinic.

The confirmation was made in a statement issued by the Emergency Operation Centre of KIA.

The statement said emergency procedures have since been activated at the Airport and investigations to establish the cause of the incident have begun.

Meanwhile, operations at the Airport are continuing normally, it said, adding that further updates would be provided as and when they become available.