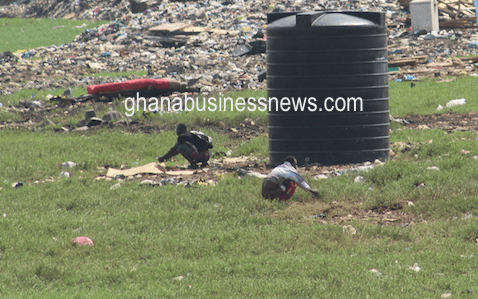 Mr Salifu Saeed, the Northern Regional Minister has tasked stakeholders in the Water and Sanitation sector to work hard to eliminate the problem of Open Defecation (OD) in the country.

He said communicable diseases such as, cholera and diarrhea would continue to plague the nation if pragmatic and collaborative efforts are not put in place to arrest the situation.

Mr Saeed was speaking at the launch of Social Norms Campaign (SNC) in Tamale on Wednesday aimed at discouraging Open Defecation (ODF) in all communities in the Northern Region.

The Northern Regional Coordinating Council in collaboration with the Community Development and Environment launched the programme, which also aimed among others to encourage planners to compel house owners to construct household latrines in their houses.

The fight against open defecation in all communities across the northern region is being fought through the use of the community led total sanitation approach (CLTS) where the dangers of open defecation are made clear to communities.

The minister said, “We are challenged during the rainy season, which exposes us to various diseases such as cholera, Malaria and diarrhea. The SNC provides the opportunity to eliminate ODF from our communities”.

He stressed the need for OD to be eliminated saying, “OD is unacceptable and we must work hard to eliminate it especially in the northern region”.

He said there are 1,120 communities in the Northern Region, which had been verified as ODF communities and described the situation as commendable.

Chief Haruna Laar, Chief of Gbanikoni appealed to other traditional Leaders to learn their support to win the fight against OD.

“We will play our part to ensure our communities are declared open defecation free”, he assured and called on all landlords to build toilets in their homes.

Mr Joseph Kofi Adda, Minister of Sanitation and Water Resources explained that SNC was an additional platform to raise a campaign across Ghana about ODF.

He advised stakeholders, chiefs and MMDCEs to enforce their sanitation by-laws to ensure that the fight against OD is won.

Madam Margaret Gwada, Chief of Field Office for UNICEF Tamale pointed out that, among the aims of the campaign was to create awareness of the dangers of open defecation to change indigenous behaviors.

Mr Francis Bedros, first Secretary at the Canadian High Commission said though Ghana had made progress in some social aspects, it has a low rate of open defecation and poor sanitation.

“We therefore seek to support ODF with the President of Ghana to end open defecation”, he said.