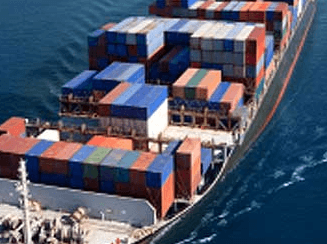 The Union of African Shippers’ Councils (UASCs) has urged African governments to create congenial environment for businesses to thrive by ensuring transparency of laws, rules and procedures and reduction of administrative constraints in transit trade.

Madam Benonita Bismarck, the Chief Executive Officer (CEO) of the Ghana Shippers’ Authority (GSA), made the appeal at the opening of the Eight African Shippers’ Day in Accra, on the theme: ‘‘Trade Facilitation and its Impact on Africa’s Industrialisation’’.

The event aims at celebrating the efforts and achievements of importers and exporters in propelling trade and development in the West African Sub-region.

Madam Bismarck said the coming into force of the World Trade Organisation’s Trade Facilitation Agreement, this year, had made it obligatory for governments to ensure fairness in border agency decisions, streamline clearance procedures, and reduce administrative constraints.

She said the challenges of the maritime industry were hydra-headed and, therefore, required concerted efforts, collaboration and commitment among key enablers and well-thought out strategies to deal with.

‘‘An appropriate mix of a thriving international trade within a well-tuned economic policy framework will speed up the industrialisation process and consequently, the overall economic development of our countries.

‘‘We are glad to note that the cause of the shippers is gaining currency worldwide as the realisation is dawning on all,’’ she said.

She said without shippers there would be no need for merchant ships; therefore, issues affecting maritime industry should have the pride of place in trade facilitation and industrialisation discourse.

Madam Bismarck, therefore, urged the Union of African Shippers Councils to re-invigorate their efforts to adapt to the changing trends in the shipping and logistics sectors and the new threats that shippers face in the unfolding business environment.

Mr Alan Kwadwo Kyerematen, the Minister of Trade and Industry, in an address, said there was the urgent need for African countries to facilitate trade, industrialisation and diversify their economies.

He asked African countries to trade among themselves to derive benefits that would boost economic growth and development for the Continent.

African countries should pursue value addition to their exports and systematically reduce import dependency through import substitution, he said.

This, he said, would required structural reforms including trade facilitation measures that eliminate non-tariff barriers, reduce trade costs and ensure competitiveness for shippers and manufacturers.

Mr Kyerematen commended importers and exporters who had, over the years, ensured the African Continent’s participation in global redistribution of resources and kept their economies running.