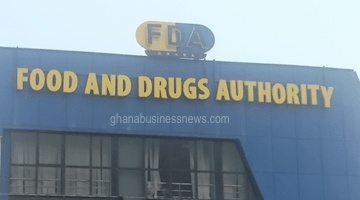 The Food and Drugs Authority (FDA) says, henceforth, all unapproved and prohibited advertisements on the Authority’s regulated products should not be aired.

FDA and its stakeholders say offenders who flout the law on alcoholic beverages, orthodox medicine, food supplements, cosmetics, medical device, and household chemicals among others should be punished.

This was in a joint Communique issued by the FDA and stakeholders on Product Advertisement in Accra.

It called for the creation of an intranet between the FDA, the Media and Ghana Independent Broadcasters Association (GIBA) to assess all FDA approved advertisements.

According to the Communique, representatives at the meeting observed that most of those advertisements could directly or indirectly effect on the entire population.

It noted that most advertisements done on radio, television, print, bill board and social media did not conform to provisions of the Public Health Act, 2012 (Act 851).

FDA and its stakeholders further recommended that the Authority should liaise with the Police and Bureau of National Investigations (BNI) to initiate actions for the prosecution of offenders.

Additionally, stakeholders also called for the establishment of special courts to ensure speedy trial of cases.

They stressed that the Chief Justice and the Attorney General should be consulted to facilitate the creation of the courts.

The Communique called for increased collaboration between stakeholders and the public on the need not to publish unauthorised advertisements.

“This will improve public information, education and communication on the law and regulation on advertising.”

Ghana’s Central Medical Stores yet to be insured – MOH

Minister of Health calls for dialogue to resolve Ankaful impasse