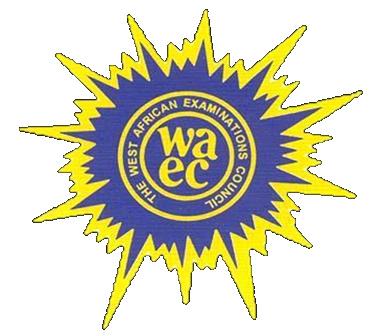 The poor performance of students in the 2017 Basic Education Certificate Examination (BECE) in the Asutifi North District of the Brong-Ahafo Region has generated controversy between traditional rulers and teachers.

Information available from the District Directorate of Education shows that the District scored only 33 per cent in the BECE.

The chiefs, who were mostly members of the Ntotroso Traditional Council, did not understand why the District would record such an abysmal and humiliating performance.

They, therefore, appealed to the Ghana Education Service (GES) to audit and facilitate the immediate transfer of teachers whom they believe have over-stayed their postings in the area.

At a stakeholder’s forum on education at Ntotroso, a mining community, the chiefs said many of the teachers in the local communities are responsible for the fallen standard of education in the area.

The event was organized by the Newmont Ahafo Development Foundation (NADeF), with support from the Asutifi North and Tano North District Directorate of Education and was also attended by stakeholders of education in the area.

The forum created an opportunity for NADeF, Newmont Ahafo Mine’s flagship fund set aside for social responsibility programmes in its 10 mining communities to honour some 11 teachers for their contributions towards improvement of education in the area.

For their prize the deserving teachers received refrigerators and flat screen television sets.

The traditional rulers said many of the teachers in the area did not go to school at certain periods and rather engaged in other economic activities.

The chiefs, who were contributing during an open forum, said beside the transfer of the teachers, the GES must put in place radical measures to check truancy and absenteeism among teachers in the area.

However, the reactions of the chiefs did not go down well with the teachers who felt the chiefs were not supportive to the growth of education in the area as they allowed school-going children to roam the streets at night instead of ensuring that they attend to their books.

The timely intervention of Barimah Twereko Ampem III, the Paramount Chief of Ntotroso Traditional Area, calmed down nerves and brought the situation under control.

According to the Paramount Chief, ensuring quality education in the area is a shared and collective responsibility between teachers, parents, traditional rulers, assembly members and all key stakeholders in the sector.

Barimah Ampem III called for a cordial relationship between parents and teachers towards the proper upbringing and development of school children.

Highlighting on the District’s performance in the 2017 BECE which generated the controversy, Mr George Yidana, the Asutifi District Exams Officer, said out of the 1,255 candidates who wrote the exams, only 413 of them obtained between aggregate six and 30.

They were made up of 189 girls and 204 boys drawn from 4 schools made up of three private and one public school.

Mr Yidana said 13 out of the 41 public schools in the area did not obtain the required pass mark, adding that none of the candidates from the nine private schools failed the exams.

Mrs Elizabeth Opoku-Darko, the Executive Secretary of NADeF, appealed to parents to remain committed to providing the basic needs of their children.

She said as NADeF played its part, it is expected of the District Assemblies to also provide desk and other teaching and learning materials to facilitate effective academic work in schools.