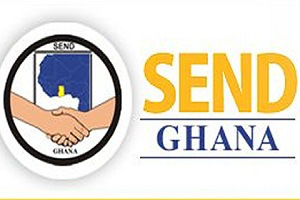 SEND Ghana, a policy research and advocacy non-governmental organisation, has asked government to pay attention to social and children protection issues in the 2018 Budget and Economic Policy Statement.

This reduces the Ministry’s share of total Ministries, Departments and Agencies (MDAs) Budget to 0.2 per cent from one per cent in 2017, which may affect operations of key institutions under the Ministry, it said.

Madam Clara Osei-Boateng, the Director of Policy Advocacy Programme of SEND Ghana, said this at the Organisation’s media encounter on the 2018 Post Budget Analysis in Accra on Wednesday.

Madam Osei-Boateng noted that the Social Welfare Department, which falls under the Ministry, did not have vehicles and other logistics to investigate cases of child abuses and domestic violence and, therefore, asked government to explain the rationale behind the budget reductions.

The media briefing aims at explaining the budget to the public, identify policy gaps and assess whether the budget addressed citizens’ needs and priorities as well as make inputs to help address the aspirations of Ghanaians, especially the vulnerable people in society.

The NGO analysed key thematic areas in the budget such as social services, agriculture, health, financial allocations to goods and services, education, water, sanitation and hygiene, social and children protection

She said the gap between the rich and the poor was widening despite government’s social interventions like the Livelihood Empowerment Against Programme (LEAP) and called for more funds to be channeled towards social and child protection issues.

Touching on education funding, she said, the implementation of the Free Senior High School (SHS) Policy had shored up enrolment, which had created infrastructure deficit, especially at the second cycle education institutions and asked government to expand the education infrastructure.

However, she said, much of the increment went into the payment of compensation compared to goods and services and capital expenditure.

“This development raises serious concerns about government’s commitments to deal with infrastructure such as schools and dormitories and logistics like teaching and learning materials, as well as monitoring and supervision constraints that contribute directly to educational outcomes,” she noted.

“What issues did government take into consideration before making those allocations to the new ministries? Government should justify the increment to those ministries,” he queried.

Mr Bimpeh said government had the opportunity to prioritise some projects and programmes in the 2018 Budget adding that it must take a second look at the allocations and free resources from the new ministries and align them to areas that would have better influence on the lives of the ordinary Ghanaian.

The NGO said its independent analysis on the 2018 Budget would be forwarded to Parliament and Government for consideration so that the budget would address the concerns of civil society organisations.