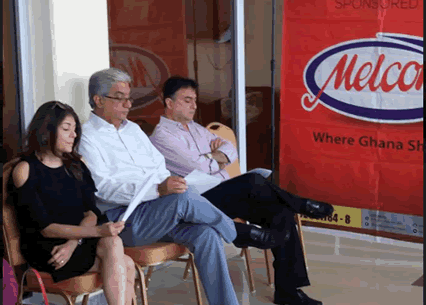 The Management of Melcom Group of Companies has called on state agencies who conducted investigations into the collapse of a six-storey rented building at Achimota in 2012 to release their reports.

According to Management, those agencies, as a matter of urgency, should dust their files, fast track their processes and procedures to bring justice to bear and finality to the case.

Mr Godwin Avenorgbo, the Director of Communications, Melcom Group of Companies, at a news conference in Accra on Thursday, said Melcom, as an investor creating jobs in Ghana, was concerned that not a single investigative report on the collapse of that property had been released.

The building is owned by Nana Kwesi Boadu, the Director of Kinsadus Company.

He noted that five years was obviously long for any business entity, which suffered such huge losses in human and material resources, to look on helplessly while the inaction of state agencies allowed the culprit the freedom without any penalty to serve as a deterrent.

“If the Regulatory arms do not take such matters seriously then we should not be surprised if such huge levels of negligence cause further avoidable loss of life and property,” he added.

Mr Avenorgbo said the report would help address the following concerns namely; was the construction covered by a building permit by the relevant state agency? Was soil test conducted before such a huge six-storey building was put up?

Mr Avenorgbo said if the investigative reports answered ‘No’ to any or all of those questions, then the obvious cause of the collapse of the building was improper, shoddy and haphazard construction without permit, supervision and technical expertise.

He noted that it was very disappointing that in the face of those obvious failures, the owner of the structure that collapsed causing death, injury and loss of business had not been brought to book under the laws of Ghana.

Mr Avenorgbo said Melcom, as an investor, operates within the laws of Ghana and, therefore, expected that the same law should protect their investment as security and incentive for growing their business for the larger benefit of the economy.

He explained that the support and protection that the local investor enjoyed invariably served as catalyst to whip up interest in external investors.

He noted that Melcom had constructed and opened a new shopping centre at Achimota, officially named Achimota Melcom.

Mr Avenorgbo said the shopping centre was constructed with the view of demonstrating their commitment to adhere to best practices and safety standards in doing business with the customer as their focus.

He said the decision to go the extra mile to ensure safety was borne out of the sudden collapse of the Melcom building on 7th November, 2012 rented from Nana Kwesi Boadu.

He said Melcom could not have doubted the integrity of regulatory agencies in charge of issuing building permits, regulatory standards in upholding levels of technical expertise and construction materials, but now they had reasons to ask many questions.