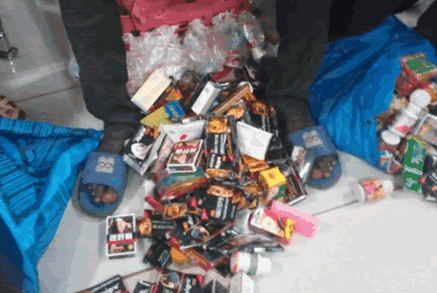 The Food and Drugs Authority (FDA) says it has seized 524,191 capsules and 3,001 vials of Tramadol over the past eleven months.

Vial is a small glass or plastic vessel or bottle, often used to store medication as liquids, powders or capsules.

The FDA said about 85 per cent of the seized drugs were manufactured in Indian whilst 13.5 per cent had no manufacturer details on them.

Mrs Olivia A. Boateng, Head of Tobacco and Substance Abuse Department, FDA made this known at the on-going six day training programme in Pharmaceutical Crime, Intelligence Gathering and Investigations in Accra.

She said the drugs were seized following swoops carried out by the FDA and other security agencies in three markets in Northern, Volta and Western Regions.

Mrs Boateng said whilst some of the drugs had expired, others were not registered by the FDA or they had the strength above FDA’s stipulated dosage.

She said over 40 million pills of counterfeited Tramadol were seized at the Port of Cotonou in Benin in 2015.

She said the FDA was collaborating with the Pharmacy Council to restrict prescription, sale and distribution of Tramadol in the country.

Mrs Boateng said the FDA was also strengthening its ability to undertake follow-up inspection, to monitor the distribution records of manufacturers and importers of codeine containing syrups and Tramadol in the country.

Mrs Boateng cited lack of funds, inadequate staff and logistic as well as unauthorised point of entry as some of the challenges facing the FDA.

Despite these challenges, she said the FDA would continue to step up public education on the dangers in the abuse of Tramadol aka Tramol which could lead to deaths.

Tramadol is a man-made (synthetic) narcotic analgesic (pain reliever) and it was usually prescribed to patients suffering from moderate to severe pain.

However its abuse has raised concerns among regulatory bodies such as the FDA, hence the effort to confiscate them.

Abuse of Tramadol could result in erectile dysfunction, infertility, brain damage among others.

Activism against dirty energy to go global in 2018