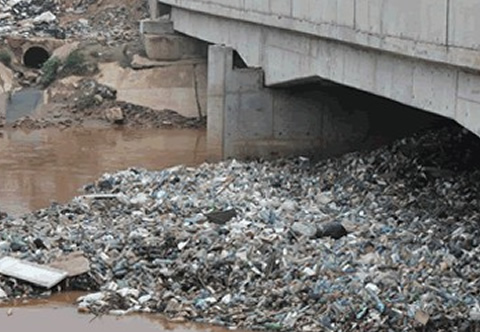 “Recycling of waste materials into fertilizers is a good project, and I think, this could be one of the areas the President could consider in achieving his ‘One District One Factory’ initiative,” she said.

Ms. Nana Adjei said this on Saturday during a visit to the JVL Fortifer Composit Plant, at Borteyman together with Abibiman Foundation, to commemorate United Nations (UN) World Toilet Day.

The compost plant, which was jointly owned by the Tema Metropolitan Assembly (TMA) and the Jekora Ventures Limited (JVL) with support from the International Water Management Institute (IWMI), was established in May 2017 to produce fertilizer from human-liquid waste as a Public Private Partnership (PPP) initiative with a maximum production capacity of 500 tonnes.

She urged the government to consider building such facilities across the districts “to help reduce waste materials in the country and create jobs.”

Ms. Adjei asked Ghanaians “to be mindful of disposing waste saying that “our inability to control sanitation is attitudinal because we have failed to adhere to the proper standards of waste disposal.”

She observed that people could separate the waste they generated at home into different containers in order for the State to get benefit from it instead of lumping everything together which made them useless.

The Compost Plant Supervisor, Mrs. Martha Annan observed that recycling of waste materials could produce enough fertilizer to ensure food security and address sanitation related issues like outbreak of cholera in the country.

She observed that education on the subject of sanitation was not enough, adding that “we are not consolidating our efforts, we are doing things in bits and it is hidden out there, and the media are not coming out strongly in this sector.”

She observed that the Ghana government had not appreciated recycling as such; “They are trying to, but I don’t think they have really been able to hit it yet. It is really money, if they take the time and invest into it they are really going to make money out of it and improve the environment which will lead to good health.”

Mr. Robert Amiteye, Project Coordinator for Abibiman Foundation, said, “It is sad we can’t boost of even 15 of such facilities in Ghana. If we have a lot of them, it would go a long way to boost sanitation and promote recycling.”

He prayed the media to make sanitation and recycling a major issue to allow governments to consider investing in the sector.

He added that, “Toilet is money, toilet means keep clean, toilet means people can get jobs, toilet means recycling is good for us and it would improve our sanitation so we should reconsider what we call waste.”