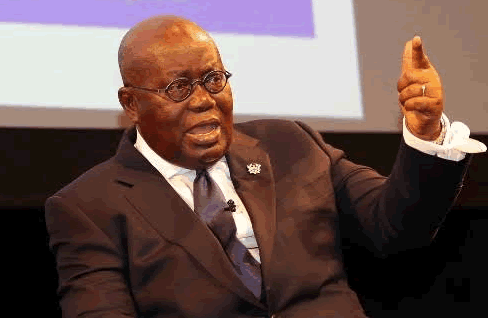 The world can only advance cohesion and solidarity amongst displaced persons and help create the right environment for a purposeful dignified life, if there was access to education, President Nana Addo Danquah Akufo-Addo has said.

He said education was the key to human development and to widening life’s options for individuals and society as a whole adding that it was the panacea to the youth escaping poverty and living decent lives.

President Akufo-Addo said this when he delivered the keynote address at the 2017 World Innovation Summit for Education in Doha, Qatar, on the theme: “Asset over Burden – Education for Refugee Youth.”

He is in Qatar on a three-day official visit.

The President indicated that education had eluded the 66 million people forcibly displaced all over the world, out of which some 23 million are described as refugees.

He made reference to a report of the United Nations High Commissioner for Refugees (UNHCR) that said refugees were five times more likely to be out of school than the global average.

According to the report, only 50 per cent of refugee children have access to primary education, compared with a global average of more than 90 per cent.

This, the President said, is not right, as “the spectre of tens and tens of millions of young refugees growing up without the needed skills to create a meaningful life for themselves is a dangerous one.”

As co-Chair of the 2030 UN Sustainable Development Goals Advocates Group of Eminent Personalities, the President stated that: “If the noble goal of the SDGs is to ensure that no one is left behind and, amongst others, to guarantee education for all, then we must seek to empower those left behind as a result of conflict and war.”

“We should commit ourselves to building a world where every child has the opportunity to better him or herself and, by so doing, better the global community,” the President said.

President Akufo-Addo was saddened that African youth did not see a future in their respective countries and were dying enmasse crossing the Sahara Desert and the Mediterranean Sea in search of better life in Europe, when Africa now had the world’s second fastest economic growth rates, and in possession of nearly 30 per cent of the earth’s remaining mineral resources.

The situation, he said, was primarily the result of the structure of the majority of African economies, which are dependent on the production and export of raw materials, saying this cannot produce wealth and prosperity for the masses on the continent.

“It, therefore, drives the determination to seek a much better standard of living out of Africa, thereby, fuelling the refugee crises and the numerous counts of illegal migrations,” he said.

“What the evidence from history and the experience of many countries have shown is that it is not natural resources that build nations. It is people who build nations. It is not gold, cocoa, diamonds, timber or oil that is going to build Africa. If it was, it would have done so already. It is Africans, especially the youth of today, who are going to build Africa,” he said.

The President told the gathering that Ghana, under his administration, had placed a premium on education, leading up to the introduction of the Free Senior High School Policy.

“All this is being done, because we want to throw open the doors of opportunity and hope to our young people, and help build a new African civilisation, governed by the rule of law, respect for individual liberties and human rights, and the principles of democratic accountability, which will provide the basis for the new Africa of prosperity and dignity, no longer dependent on aid or charity,” President Akufo-Addo stressed.

$10b expected from Non-Traditional Exports